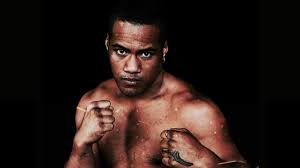 All funds generated at the A-list event where the world’s top crypto investors settle their differences will be donated to the humanitarian work undertaken by the Amir Khan Foundation.

Ahio, 31, who trains in his home city Auckland at the City Kickboxing gym under Doug Viney said: “Winning this title will open doors to fighting higher ranked fighters so I get known.

“I would like to spend time in Britain boxing because there seems to be some really good Heavyweights.

“The only problem we have in New Zealand is that there aren’t constantly shows like there are in Britain and the United States.

“In terms of training, I love it in New Zealand because we have some excellent boxing teachers and coaches, but perhaps that is something to think about.”

A win in the UAE will help Ahio earn a top 15 ranking with the WBC whose world Heavyweight title will be on the line when Tyson Fury defends against Deontay Wilder on October 9.

Ahio who has won five of his last six contests by KO added: “I would love to fight the French boxer Tony Yoka. He is making his way up and is really technical.

“Of course I would jump in there with Fury, Wilder or Anthony Joshua, but Yoka may have something they don’t.

“I always like studying techniques when I am in the ring with these big dudes and I’d enjoy fighting Yoka before them, especially with his skillset and frame.

“There was talk of fighting Joe Parker in an all New Zealand fight, but it died down pretty quickly.

“I have met Joe once or twice and he is a good guy. I would love to get in the ring with him if I was given the chance.”

Even though all of Bayat Farid’s 17 wins have come inside the distance, Ahio has no concerns about his rival.

“I have no idea about Farid and have zero knowledge on him. I just know that I am meant to be fighting him,” explained Ahio who knocked out 7ft 2in American Julius Long when he last fought in February.

“The only thing I am worried about is my training. I have not even looked at his record, who or where he has boxed.

“When I get to Dubai I will take a look at his fights, but right now I am just putting in the work.”