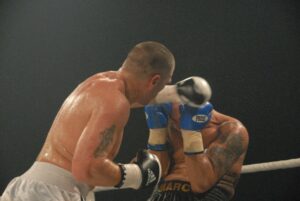 Promoter was Mr. Ljubomir Vidovic, and the show was supervised and sanctioned by the Serbian Professional Boxing Federation in cooperation with the Universal Boxing Organization.

The UBO congratulates Mr. Delic on retaining his title, and promoter Ljubomir Vidovic of Crvena Zvijezda-Gradiska Promotion for staging a successful and entertaining event.

UBO Supervisor for the fight was Mr. Willibald Palatin of Austria, referee was Zvonko Rukavina from Croatia.

Delic is hoped to defend the title again as early as April 2009, and this time at the 20.000 seat soccer stadium he previously filled to capacity.