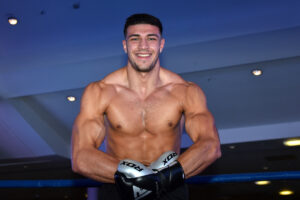 Fury, 22, will have his sixth professional fight at light heavyweight following a training stint with brother Tyson in the USA. His five fights to date have spanned just 10 rounds and Fury has four successive quick stoppages to his name as he continues his ascent in the professional game.

For the first time since February 22, 2020, fight fans will be welcome through the doors of a Queensberry event – albeit with a limit of a thousand until the further easing of restrictions.

“It will be an absolute joy to have fans back in support of the fighters,” said promoter Frank Warren. “We have all done our best to keep the sport on track since we were able to return, but the missing ingredient that nobody was able to compensate for was the lack of atmosphere and buzz that surrounds a night at the boxing.

“Even though this is only the first step in people coming back to pack out venues, having a thousand in the arena will make such a difference and will also improve the spectacle for those tuning in to watch live on BT Sport.

“Tommy is proving himself to be an attraction and his performances so far have certainly caught the eye. He looks the part but, as he says himself, it is very early days for him and getting good rounds under his belt is paramount.”

The Kent man is in a hurry to get a world title fight and believes he might get a crack at WBO champion Shakur Stevenson inside 12 months, while another option could be the eventual winner of the Cacace v Woodstock British title encounter.

Belfast’s Middleweight wrecking machine Caoimhin Agyarko (8-0, 5 KOs) is back and will be aiming for his fifth successive inside the distance win.

Warren added: “Obviously there will be a lot of attention on Daniel Dubois, but the rest of the card shows the strength in depth – and massive potential –  of our stable.

“I look at the young talent we have and the Queensberry team is getting stronger and stronger.”

David Adeleye: I Was The Rightful Winner….I’m The Real Deal JoJo Diaz Faces Javier Fortuna in Los Angeles On July 9