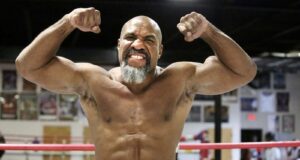 Former heavyweight champion Shannon Briggs is offering himself as Tyson’s opponent, not Roy Jones Jr. The bout with Tyson and Jones Jr is all agreed and signed although it has been delayed once (from September 12th to November 28th).

“I personally don’t think a lot of people want to see Tyson vs ‘Little Roy,’” said Briggs. “A matchup between Mike and I makes a lot more sense for many reasons. Think of what the build-up leading up to the fight would be like. We are both from the same neighborhood mean streets. It would be the battle of Brooklyn! 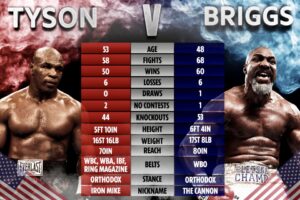 “What heavyweight champion in history has more first round KO’s than me? You already know Mike is going to bring it from the opening bell. Neither of us would run so zero possibilities of anything less than an explosive fight.

“There are so many people going through such a tough time in our country right now. So many protests and social movements going on. This would be a much-needed relief in a positive, entertaining way.

“Let’s let the fans decide with a poll. Who would you’d rather see fight Mike Tyson? Me or Roy?” LETS GO CHAMP!”

It would be an interesting matchup. Look for Tyson to take on Briggs if he continues after the Jones Jr bout or for Briggs to face some other ex high profile heavyweight. Admittedly, the personable Briggs would be an entertaining addition to a seniors tour that seems to be headed our way.

How about Briggs vs Wladimir Klitschko who has also put his name forward? 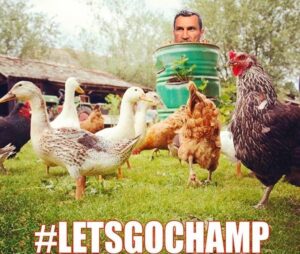