ALA Promotions of The Philippines (Since 1985) Are No More 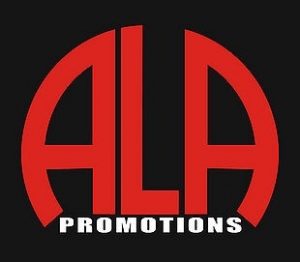 ALA Promotions, the promotional company based in the Philippines that have produced a long list of fighters, both former and current, are no more. Formed in 1985 by Antonio Aldeguer and later on by his son Michael Aldeguer, they released an official statement explaining the reasons as to why this decision was made:

After 35 years, ALA BOXING (ALA Promotions and ALA Gym) would like to say farewell and thank you to our supporters from all over the world.

The pandemic and the closure of our long time broadcast network partner ABS-CBN, has affected the overall situation and future of the company. All our fighters will be released so they can look for greener pastures for their respective careers.

ALA Boxing would not be where it is today without the tremendous support of the boxers, trainers, office staff, fans, the media, the boxing organizations, and our sponsors all these years.

– From helping the less fortunate street kids to have better lives to achieve their dreams,

– To forming one of the most talented amateur teams ever assembled in the mid ’80s,

– To the jampacked crowds in Cebu Coliseum featuring Edito “ALA” Villamor, Gerry Penalosa and the ALA Boys with their famous Black Trunks in the ’90s,

– The biggest boxing event ever held in Tagbiliran City in 2005 with over 30,000 fans featuring Bohol’s Pride Rey “Boom Boom” Bautista

– The partnership with Golden Boy Promotions in 2006 with the staging of the Battle of Cebu featuring the WBO world title fight between Z “The Dream” Gorres vs Fernando Montiel with over 25,000 Spectators at the Cebu City Sports Complex and the Boxing World Cup, “Philippines vs Mexico “ held in Sacramento, CA

– One of the biggest crowd ever gathered at the oven hot Super jampacked Cebu Coliseum in 2008 where the streets had to be closed because of the massive crowd for the “Laban na Banal“ WBA world title fight between AJ “Bazooka” Banal vs Rafael Concepcion.

– The launching of the most successful and longest Boxing series in Asia “PINOY PRIDE” in 2010 at the Waterfront Cebu, The Mall of Asia Arena, and the historical Smart Araneta Coliseum.

– Being the only promotional company from the Philippines to have ever staged boxing events in Dubai and the US.

– Producing and guiding one of the best fighters from the Philippines in Donnie “Ahas” Nietes, solely through the Pinoy Pride events, who became only the 3rd Filipino fighter to make it to the prestigious Ring Magazine top 10 pound-for-pound best fighters in the world, 4 division world champion and the longest-reigning Filipino world champion in history.

– Staged with Top Rank in 2016 featuring Nonito “Filipino Flash” Donaire at the Cebu Sports complex with over 20,000 spectators.

– Together with one of the biggest conglomerates in the country, Asia Brewery Inc. (Tanduay, Summit and Cobra) held the highest number of Amateur and Professional Boxing Events in a month as well as in the entire year for the past 30 years.

All these memorable events and accomplishments would not have been possible without all of you. The past and present ALA Boxers, The Trainers, The office staff, the media, the fans, the boxing organizations, sponsors and our boxing family from all over the world.

We would like to Thank you all very much from the bottom of our hearts for all your support the past 35 memorable years. We cannot ask for more.