Alfredo Angulo added to ‘Summertime Brawl’ on June 11 in Atlanta 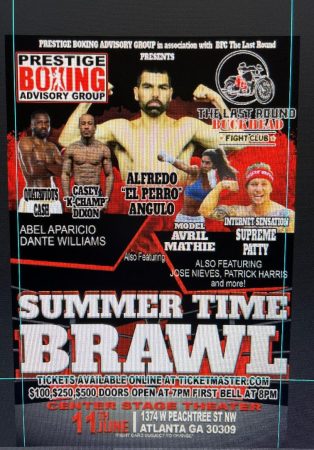 Former world champion Alfredo “Perro” Angulo has been added and tabbed to an already loaded night of boxing on Saturday, June 11th at The Center Stage Theater in Atlanta.

In a six-round bout, popular middleweight Casey” K Champ” Dixon (2-0, 1 KO) will take on Josh Franks (4-0, 3 KOs) of Waverly, Nebraska in a battle of undefeated super middleweights for the WBA Youth Title.