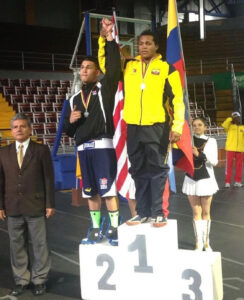 Former Team USA member Bobby “BH3” Harris III (2-0-1, 1 KO) is refocused and returning to fight for the first time in 3 ½ years on August 14th in his hometown of Worcester, Massachusetts. 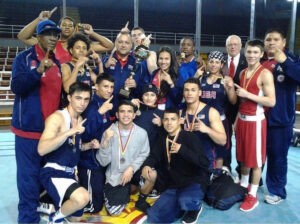 “After I fought a draw in my last fight (Feb. 10, 2018),” Harris explained his absence from the ring, “I took time off to think about what I wanted to do. I became a father (Bobby Harris IV) and enjoyed spending time with my family. I enjoyed spending time with my son and fiancé (Andrea) and our family has grown a lot. I grew a lot in the past three years, and I never left the gym. I realized boxing is who I am and decided to get back in the ring. In the amateurs, you don’t get to pick your opponent, and I usually fought the best guy. But it’s not that way in the pros. Now, I’m focused more on fighting and not the hype like I did my first three fights.”

Not only was a member of the 2015 USA Boxing Team – his teammates included Claressa Shields, Shakur Stevenson and Damani Rock – he’s the son of a gifted boxer, Bobby Harris, who was a 4-time national champion and 1992 US Olympic Team alternate, before the gifted heavyweight turned pro and recorded a 20-2-1 (13 KOs) record between 1993-99.

2015 Team USA at World Cup in Ecuador. Bobby Harris III is on the far right in the second row
“Growing up in Worcester,” ‘BH3’ said, “my dad was one of the most popular people in the city. People called him the Mayor of Worcester. It was pretty cool at first, but I realized I had to make my own name in boxing, instead of just the son of a great boxer. We have the same name, but we’re two different people, who look at the sport differently, studying differently, but he’s still in my corner after all these years.”

Harris is another example of the quality boxers at the Worcester Boy’s & Girls Club who learned from “The Godfather of Worcester Boxing,” National Golden Gloves Hall of Fame trainer Carlos Gonzalez. Harris’ father, Kendrick Ball, Rocky Gonzalez and Carlos form the group in his corner that “BH3” most respects in boxing.

Harris hopes to fight every two months, which shouldn’t be a problem, because his close friend from childhood is RPE matchmaker A.J. Rivera, who has matched all of Harris’ fights to date. “I think I can climb the ladder fast and be a world champion in three to five years,” Harris concluded. “I’ll only be 28-29 and hitting my prime. I’m excited to get back in the ring and fight in front of my family and friends again.”

“Bobby Harris III is a great kid, he’s like my nephew,” promoter Jose Antonio Rivera commented. “He doesn’t take short cuts and understands the sacrifices needed to make it in the sport of boxing. Seeing him take some time off to evaluate his career and then decide to comeback shows he still has hunger for the sport.

“I think it took him a little bit to understand the difference between amateurs and pros and now we are going to have the pleasure of seeing him showcase his fans in his hometown. The sky is the limited for Bobby and I am glad he finally to to see it for himself.”

Undefeated Hartford (CT) cruiserweight Richie “Popeye The Sailor” Rivera (19-0, 14 KOs), promoted by Star Boxing, will fight Mexican challenger Ernesto “Gatti” Berrospe Rivas (11-17, 12 KOs) in the 8-round main event for the vacant NBA Americas Cruiserweight Championship. Rivera, who made his pro debut on an RPE event at the Worcester Palladium on January 19, 2017, returns to fight New England for the first time since December 13, 2019.