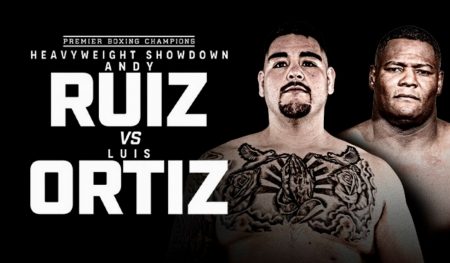 The pay-per-view telecast will begin at 10 p.m. ET/7 p.m. PT and feature a stacked lineup of rising and accomplished stars in high-stakes matchups. In the co-main event, hard-hitting Isaac “Pitbull” Cruz will step in to take on fellow Mexican and veteran contender Eduardo Ramírez in a 12-round WBC Lightweight Title Eliminator in the co-main event.

The action will also see the return of popular three-division champion Abner Mares in his first action in three years as he battles former title challenger Miguel Flores in a 10-round super featherweight attraction, plus exciting rising star José Valenzuela duels former world champion Jezreel Corrales in the 10-round lightweight pay-per-view opener.

Tickets for the live event, which is promoted by TGB Promotions, go on sale tomorrow, Thursday, June 23 at 10 a.m. PT and can be purchased online at AXS.com

Pre-sale tickets are available NOW until 10 p.m. PT through AXS.com with the code: BOXING or CRYPTO

“The fight fans in Los Angeles are in for an action-packed Labor Day Weekend as Southern California’s Mexican-American star Andy Ruiz Jr. returns in his toughest test since his title run, against the always dangerous Cuban southpaw Luis Ortiz on September 4,” said Tom Brown, President of TGB Promotions. “This is a perfect clash for the electric atmosphere at Crypto.com Arena and is sure to deliver fireworks. The FOX Sports PBC Pay-Per-View main event will prove once again that high-stakes heavyweight action is a must-see event. Adding in a slew of intriguing undercard matchups and this will be a night that will keep fans glued to their seats from start to finish.”

Ruiz (34-2, 22 KOs) shocked the boxing world in 2019 when he was brought in as a late replacement to face heavyweight world champion Anthony Joshua and turned the tables on the champion, knocking him out in the seventh round and taking home the titles. The 32-year-old from Imperial, California lost his rematch with Joshua by unanimous decision, but returned to the ring in May 2021, bouncing back from an early knockdown to defeat all-action contender Chris Arreola by unanimous decision in a FOX Sports PBC Pay-Per-View. Ruiz has taken down a slew of contenders throughout his heralded career, which dates back to a prolific amateur run that included two Mexican Amateur National Championships.

“I’m so excited to get back in the ring in front of all of my fans in Los Angeles on September 4,” said Ruiz. “This is my chance to prove to everyone that I’m going to be heavyweight champion of the world again. I’m super motivated to be facing a great fighter like Luis Ortiz, so my fans can expect to see me at my best. Everyone has wanted to see this fight and we’re going to give everyone a war on fight night.”

“I’m blessed to be back in a position to get closer to achieving my goal of becoming the first heavyweight champion of the world from Cuba,” said Ortiz. “Anyone who doubts me, has only fueled me to keep going. I know that I have to make a big statement in this fight, and that’s my plan on September 4. I respect Andy Ruiz, but he’s standing in my way and I’m going to do whatever it takes to go through him.”

The 24-year-old Cruz (23-2-1, 16 KOs) returned to the ring in April with a knockout over former champion Yuriorkis Gamboa after dropping a competitive decision against three-division champion Gervonta Davis last December. A native of Mexico City, Cruz shot up the lightweight rankings in 2020, announcing his presence with an electrifying first-round knockout over veteran Diego Magdaleno in October. Cruz followed that up in 2021 by winning a unanimous decision over previously unbeaten Matías Romero in March and by defeating former champion Francisco Vargas by decision in June ahead of the Davis clash.

“I’m very happy and motivated to come back in the ring in front of the great fans in Los Angeles on September 4,” said Cruz. “I’ll be facing a very good opponent and I’ll be back at the same arena where I faced one of the best fighters in the division in Gervonta Davis. Stepping back into the ring there is pumping me up even more and I can’t wait to start throwing my hands on fight night.”

Fighting out of Sinaloa, Mexico, Ramírez (27-2-3, 12 KOs) has moved himself into title contention with five-straight victories as he looks to make a splash in his lightweight debut against Cruz. The 29-year-old most recently earned a decision victory over Luis Melendez in May, which followed up a dominant decision against Miguel Marriaga in December 2021. Ramírez is currently riding wins in seven of his last eight fights since losing to then featherweight champion Lee Selby in 2017.

“I am coming up in weight for this fight, but that just means I’ll be that much stronger,” said Ramírez. “I’m excited for this opportunity, because after I win, I will be recognized as a top fighter in my new division. He’s not going to outbox me and he can’t knock me out, so he has no way to win. I’m planning on showing the world what I can do against a perfect opponent for me.”

One of the most accomplished fighters of this era, Mares (31-3-1, 15 KOs) will return to the ring in a bid to continue adding to his already sterling resume in the sport. Born in Guadalajara, Jalisco, Mexico and now living in Montebello, Calif., Mares was a member of the Mexican Olympic boxing team in the 2004 Athens Olympics before going on to win world titles at bantamweight, super bantamweight and featherweight. His two battles for the featherweight world title against Leo Santa Cruz epitomized the kinds of high-volume clashes that set Mares apart from many of his contemporaries. Throughout his career, Mares owns victories over top contenders and champions including Daniel Ponce De Leon, Vic Darchinyan, Joseph Agbeko, Anselmo Moreno and Jesus Cuellar.

“I know everyone is used to seeing me suited and booted on T.V. talking about the beautiful sport of boxing, but let me remind everyone, I’m a bad m-f’er in the ring, and on September 4, the world is going to remember what they missed,” said Mares. “I’m the best in boxing in speed, power, intelligence, and good looks. Miguel Flores is on my radar, and I’m sorry to say, he’s going back to elementary school after meeting me. I’m a master in this game, and I’m back. Welcome to Team Mares 2022.”

Flores (24-4, 12 KOs) bounced back from back-to-back defeats in his previous outing that took place last June, as he earned a decision over Diuhl Olguin. The 29-year-old had lost a pair of contests in challenging four-division champion Leo Santa Cruz in November 2019 and top contender Eduardo Ramirez in December 2020. Born in Mexico and now residing in Spring, Texas, Flores turned pro in 2009 at just 17-years-old and was victorious in his first 22 bouts.

“I’m very motivated to be on the big stage once again and I’m excited to get into the ring,” said Flores. “This is a huge opportunity for me against a three-division champion and I’m doing everything I can to make the most of it. This is Michoacán vs. Guadalajara and we’re going to give all the fans a great show on September 4.”

The 23-year-old Valenzuela (12-0, 8 KOs) trains as a stablemate of unbeaten two-time world champion David Benavidez as he looks to continue cementing his contender status in 2022. Valenzuela was sensational his last time in the ring as he blasted out former world champion Francisco Vargas via a round-one knockout in April. Born in Los Mochis, Sinaloa, Mexico, Valenzuela turned pro in 2018 and rode a five-bout knockout streak before earning his first 10-round decision in a victory over Deiner Berrio in September 2021.

“I’m extremely motivated for this fight,” said Valenzuela. “My opponent is an accomplished former champion and this is the kind of challenge that I’ve been asking for. I’m going to come into this fight extremely prepared to make another statement on September 4 and give the fans a great show like I always do.”

The 30-year-old Corrales (26-4, 10 KOs) has won three-straight fights since moving up to lightweight in 2021 and has ascended to the number two ranking in the WBA. Fighting out of San Miguelito, Panama, Corrales won a super featherweight title in 2016 when he went to Japan and knocked out Takashi Uchiyama before winning a decision in their rematch. He also owns victories over current former champion Rene Alvarado and veteran contender Robinson Castellanos.

“Valenzuela is a good young fighter with some skills, but he doesn’t have the experience to handle what I’m bringing to the ring,” said Corrales. “This is going to be like when the great Panamanian champion Roberto Duran took Davey Moore to school. Class is going to be in session on September 4 and no amount of studying is going to have him ready for what I’m planning to do.”