Andy Ruiz not available to fight Tyson Fury in December 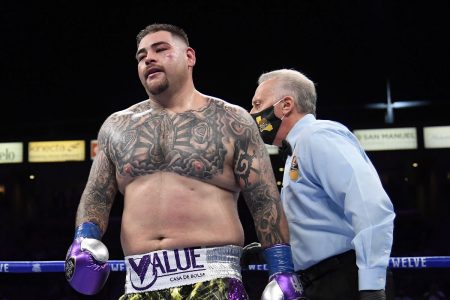 Even if John Fury says that Ruiz is one of the options to fight Tyson if negotiations with Anthony Joshua are not successful, Andres Ruiz is not optimistic about that. And reveals that there are no negotiations ongoing to fight with Tyson Fury.

“They have not told us anything about that fight for December”, Andres Ruiz told IZQUIERDAZO on Saturday. “We haven’t talked with them, but I don’t think December (is a possibility). Not for that date, since Andy is on vacation. He will resume training in November or December”.

Andres Ruiz clarifies that they want to fight Tyson Fury on a later date, not December.

Ruiz is enthusiastic for a hypothetical fight with Tyson Fury on May 5th, since Canelo would not be fighting on that date, since his hand will require surgery.

“Remember that Canelo is not going to fight (on May 5th), so that would be a good fight for Andy in May (against Tyson Fury”, Ruiz said. “That’s what we want”.

“We are with PBC and we have one more fight to do with them (under contract)”, Ruiz said. “We are in negotiations, and let’s see what they want for Andy”