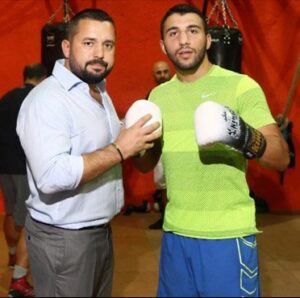 As boxen247.com reported yesterday, the planned purse bid for Saul “Canelo” Alvarez vs Avni Yildirim has been postponed until October 6th.

Yildirim’s promoter Ahmet Oner spoke to Sky Sports about the planned bout: “Yes [I believe there is interest], because of the postponement. Why should anybody ask for a postponement, if there would be no interest, in my opinion. October 6th we will know definitely more and for my side, I hope it comes through.

“We are happy with our position that we are the mandatory challenger, and if it’s Canelo, it’s great.”

“If it’s a different opponent, then we will see. We’ll go from there, but right now, I don’t know who is fighting us for the vacant title. Canelo is a big chance for us, so I let things go smooth. Let him resolve his issues, if it’s possible.

“We’ll be happy if it’s Canelo, and if it’s then decided that Canelo will not fight, then I speak to my partners PBC. We have a contract with them and we have an agreement, so we’ll speak to PBC and the [WBC] president Mauricio Sulaiman. I am still hopeful for Canelo.”

It’s a shame that nobody apart from Canelo, Yildirim, the WBC & promoters want this bout.