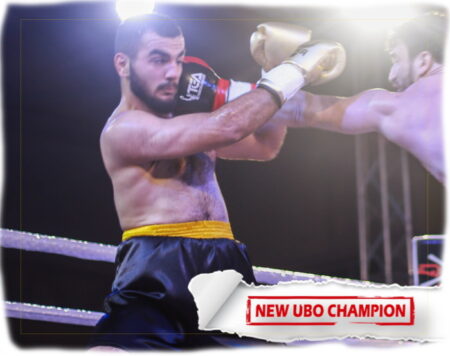 Azerbaijani teenager Aykhan Ismayilov (18) took his career to the next level when he won the vacant Universal Boxing Organization™ (UBO) International Light Heavyweight title on Saturday night, October 29, in Baku.

Appearing in his first main event, Ismayilov impressively stopped fellow countryman Elnur Mammadov (34) in the fifth round after winning the first four rounds on all three judges cards.

Ismayilov, an accomplished amateur, only turned professional last January, and stepped up to eight round level in his previous bout.

Scheduled for ten this time, there are already talks of an even bigger challenge before the end of the year.

The new UBO International Light Heavyweight champion improved his professional record to 6-1 (2), while Mammadov drops to 5-4 (5).

Promoters of the card, staged at the Shagan Olympic Sports Complex, was TGA Promotion and Management in association with MCM Promotion.