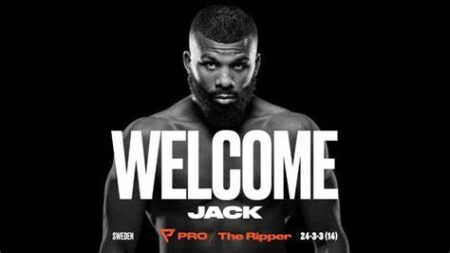 During that time he has picked up wins over some of the top names in the sport, including Anthony Dirrell, George Groves, Lucian Bute and Nathan Cleverly, along with a stoppage win over previously undefeated Dervin Colina during his last bout in June.

Jack now looks set for more success in the cruiserweight division, and is currently ranked #5 with the WBA, #6 with the WBC and #12 with the WBO in that new weight class.

By teaming up with Probellum, Jack will have the chance to experience the promotion’s athlete-first approach, which vows to put the fighter first, thanks to its all-star team of executives and brand partners from around the world.

It will also give him the chance to fulfil his dream by fighting in Dubai in the near future, made possible thanks to Probellum’s promotional alliances that have been created with some of the biggest names in the sport.

Empowering and enabling grassroots boxing is an important initiative for Probellum as it builds a ubiquitous, digital platform to compliment broadcasters and promoters, delivering to grassroots promoters, athletes and fans in areas and territories around the world who are passionate about boxing but do not have the necessary resources at their disposal.

Jack is the latest massive name to sign with Probellum, with even more ground-breaking announcements set to be revealed in the near future.

“Dubai is my second home and I cannot wait to finally fight in front of all of my UAE fans,” said Jack. “My team at Badou Jack Promotions is excited to partner with the Probellum team to deliver several more exciting fights in this region.”

“Badou has always wanted to fight in the UAE and I commend the Probellum team for fulfilling every promise they made in bringing this to life,” said Amer Abdallah, manager of Badou Jack and CEO of Badou Jack Promotions. “We look forward to helping to grow boxing in that region and putting on some major fights in the near future.”

“Signing a fighter of Badou Jack’s calibre is yet another major statement of intent by Probellum,” said Richard Schaefer, President of Probellum. “He has been one of the best fighters in the world for nearly a decade and he still remains at the very top of his game.

“Badou made it clear that fighting in Dubai is something he has dreamed of for a long time, and due to our policy of working with all promoters across the world, we can make this happen and help him take the next step in potentially becoming world champion again.”

News on when Jack’s first bout as a Probellum signed athlete will take place will be announced in the near future.