Baraou vs Culcay & Feigenbutz vs Saidi Weights From Berlin (Germany) 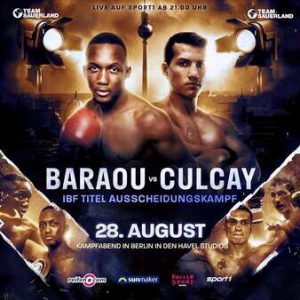 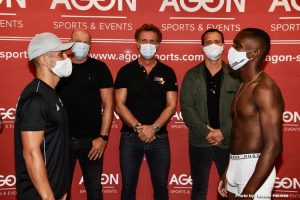 “I am very happy that Jack is giving me the chance to fight him” said Baraou. “I would also like to thank the Sauerland team for the trust they have placed in me. I immediately agreed to the fight. I have great respect for Jack and what he has achieved. But it is time for a generation change.”

“I am very pleased that AGON and the Sauerland team were able to work together to make such a great fight,” said Sauerland. “It’s admirable that Abass has the courage to face a world-class boxer like Jack in just his tenth fight. Jack was previously a Team Sauerland fighter so we know what a great fighter he is.”