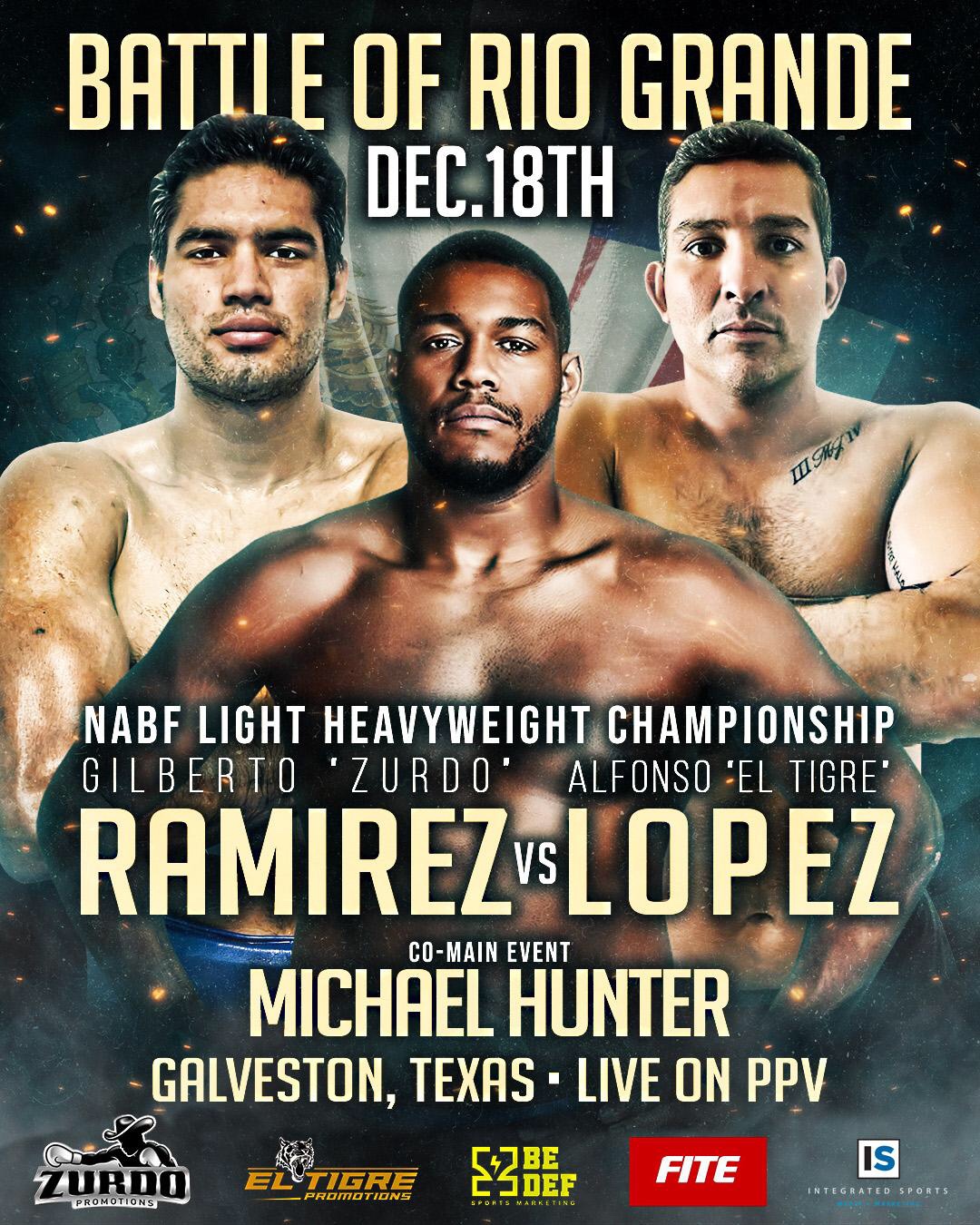 GALVESTON, Texas (November 30, 2020)
There is a Texas showdown coming December 18th called the “Battle of Rio Grande,” in which undefeated, former world super middleweight champion Gilberto “Zurdo” Ramirez (40-0, 26 KO’s) challenges North American Boxing Federation (NABF) light heavyweight Alfonso “El Tigre” Lopez (32-3, 25 KO’s), live on pay per view from Galveston Island Convention Center in Galveston, Texas.
“Battle of Rio Grande” will be available for live viewing on digital, cable and satellite, starting at 8 p.m. ET / 5 p.m. PT, on pay per view for a suggested retail price of only $24.99. FITE will stream worldwide on the FITE mobile apps, all major OTT apps and website (www.FITE.tv), and Integrated Sports Media will distribute throughout North America via DirecTV, iN Demand, and DISH in the United States, as well as in Canada on Shaw and SaskTel.
The main event fighters, Ramirez and Lopez, are co-promoters of “Battle of Rio Grande” under their promotional company names, respectively, Zurdo Promotions and El Tigre Promotions.
Ramirez, 29, became the first Mexican super middleweight champion of the world in 2016 with a 12-round unanimous decision over World Boxing Organization (WBO) champion Arthur Abraham (44-4). The multi-gifted southpaw “Zurdo” (means left-handed in English) from Mazatlán, Mexico, went on to make five successful title defenses, including three against unbeaten challengers Jesse Hart (25-0), Habif Ahmed (25-0-1), and Roamer Alexis Angulo (23-0).
Ramirez moved up to light heavyweight for his last fight a year ago, when he stopped 29-6-1 Tommy Karpency in four rounds, after which Ramirez became a promotional free agent. “Battle of Rio Grande” is his first event as a promoter.
“Promoting is not an easy job,” Ramirez said, “but I have good people behind me. They’ve got my back and we work very well together. I was world champion and now I’m a promoter; I see the big picture. I don’t want to be fighting forever. I started my own promotional company so that when I retire, I will have a good life after boxing. There’s no stress on me as a promoter, the stress is on my team.”
The 6′ 3″ Ramirez is a physical specimen who can dunk a basketball and could easily have been a pro athlete in a 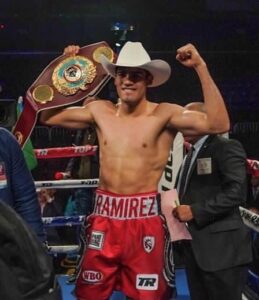 different sport like football. He follows business trends and by opening his own promotional company, he’s taking advantages of the new era of boxing, in which he plans to aid fellow boxers, particularly Mexicans, by giving them a larger platform to display their skills.
Working with his opponent in terms of promoting “Battle of Rio Grande” is a sign of two fighters taking control of their careers, as well as being completely independent rather than under a promoter, although Lopez has been promoting in Texas for several years.
“We’ll work together but, in the ring, he wants my 40-0 Ramirez noted. “I know he’s been training a lot, so he’s going to be faster and stronger, which is good for me because I like fighting good fighters. Everybody wants to take my record, but I’m training (in Santa Monica, CA) like the champion I am to give fans a good fight. He’s going to bring everything he has into the ring. I expect a good fight. It’s a big opportunity for him. I am fully focused on him because I want the opportunity to be world champion again.”
Lopez will be riding a 10-fight win streak into the ring Dec. 18th versus Ramirez in the 12-round main event. His most recent fight was 13 months ago, when he won a 10-round decision over 19-9-1 Denis Grachev in Lopez’ first defense of the NABF title he captured in his previous fight with a fourth-round stoppage of 21-3 Alex Theran.
Ramirez isn’t looking past Lopez for future fights against world light heavyweight champions Artur Beterbiev (WBC & IBF) Dmitry Bivol (WBA), because he knows and respects Lopez. The media and public, in general, underappreciated Lopez and some have taken cheap shots at him in social media.
“Maybe a little but it’s not a big deal,” Lopez responded to being asked if he was undervalued. “I’ve always said that in this business, everybody has the opportunity to be seen. Gilberto’s beaten quality guys and he’s a world champion. I’ve promoted myself, mostly in Texas, and I’m well respected within the industry. If they really want to see who Gilberto is fighting, tune in, and then make decisions at the end of the fight and maybe they’ll change their mind. Otherwise, they should keep their opinions to themselves instead of reading about me on social media or matching up who we’ve fought.”
Ramirez has a marquee name, and he represents a career-changing opportunity for Lopez, who has captured four titles, including the NABF crown he’ll be defending. Plus, “El Tigre” holds victories over solid opponents other than Grachev and Theran, such as Dyah Davis and Rubin Williams, and in 2011 Lopez extended Kelly Pavlik the distance in a loss by way of a 10-round majority decision. 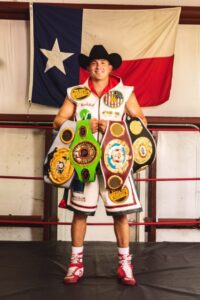 Lopez isn’t fighting Ramirez simply for a payday, to the contrary. “Nobody walks into the ring thinking they’re just happy to be there,” Lopez explained. “This fight will establish me as a world-class fighter. I feel that the winner will be the best in our division and the guys walking around with their belts should fight the winner. Gilberto is a great fighter who has a lot of experience as a world champion. He has physical attributes that him difficult to fight. He’s strong and always in great condition. I need to be intelligent, able to read him, and in great shape.
“The fight will be about adjustments. We’ve both been in this game a long time and at this high level of boxing, you need to be smart and strategic, but both of us being Mexican, it could turn into a brawl at any time. People will see why nobody wants to fight either of us. I’m excited and I know he is, too. Boxing fans don’t want to miss it!”
World-rated heavyweight Michael “The Bounty” Hunter will face veteran Chauncy “Hillyard Hammer” Welliver (57-13-5, 23 KO’s), the former World Boxing Council (WBC) Continental Americas champion, in the 10-round co-featured event.
Card subject to change.
Tickets are priced at $65.00, $135.00, $250.00 and $400.00 for VIP are on sale and available to purchase at www.zurdopromotions.events.com.