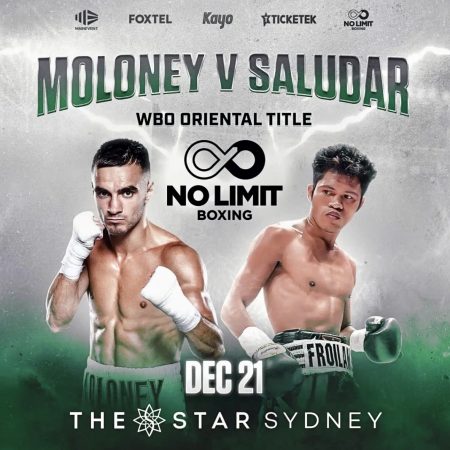 From two continents, a pair of pre-Christmas fight cards will stream live and exclusively in the United States on ESPN+. It all kicks off Saturday, Dec. 18 at the Ice Palace in Brovary, Ukraine, as 2012 Olympic silver medalist Denys Berinchyk defends his WBO International lightweight title in a scheduled 12-rounder versus Isa Chaniev (1 p.m. ET/10 a.m. PT).

Berinchyk (15-0, 9 KOs) has defended the WBO International belt five times, while Chaniev (15-3, 7 KOs), a former world title challenger, has won two in a row since a majority decision defeat to Pavel Malikov.

Also scheduled to appear on the card from Ukraine: Heavyweight knockout artist Vladyslav Sirenko (18-0, 15 KOs) goes for his fourth victory of 2021 in a 10-rounder against Andriy Rudenko (34-5, 20 KOs), and 2016 Olympian Dmytro Mytrofanov (11-0-1, 5 KOs) aims to extend his winning streak to 10 in an eight-round junior middleweight contest against Berikbay Nurymbetov (8-4-1, 3 KOs).

The international action on ESPN+ continues from Sydney, Australia, in the early morning on Tuesday, Aug. 21. Former world champion Andrew “The Monster” Moloney, fresh off his trilogy against Joshua “El Profesor” Franco, makes his homecoming ring return in a 10-round junior bantamweight bout against Froilan Saludar at The Star Event Centre in Sydney.

The Moloney-Saludar card will stream starting at 3 a.m. ET/12 a.m. PT. Moloney (21-2, 14 KOs) held the WBA world title briefly before embarking on his trio of fights with Franco. Moloney lost a pair of unanimous decisions to Franco, with a controversial no-contest sandwiched in between. Saludar (32-4-1, 22 KOs), a 32-year-old Filipino, is 4-1 since challenging Sho Kimura for the WBO flyweight world title in July 2018.

In other action from Australia, light heavyweight veteran Renold Quinlan (13-8, 8 KOs), will fight rising prospect Faris Chevalier (12-1, 7 KOs) in a 10-rounder, southpaw heavyweight Jackson Murray (2-0, 2 KOs) looks to make it three first-round KOs in a row versus David Tuliloa (2-3, 2 KOs) in a scheduled six-rounder, and junior lightweight Manuer Matet (3-1, 2 KOs) seeks to extend his winning streak to three versus Jye Lane Taylor (3-1, 1 KO) in a six-rounder.