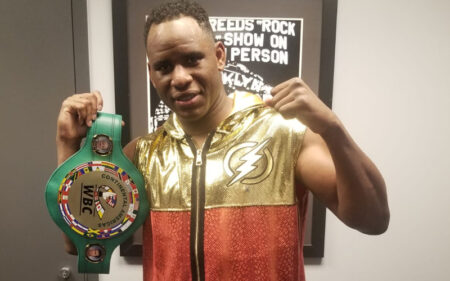 This promotion of Top Rank and TGB, will present attractive matches already confirmed that will underline a headline boxing card.

In addition to the stellar fight between Fury and Wilder, there will be four other heavyweight bouts, one of the most attractive will be starred by Efe Ajagba and Frank Sánchez, who will contest the Continental title of the Americas of the World Boxing Council.

In the self same division, the rematch between Robert Helenius, who holds a professional record of 30 wins and 3 losses; and Adam Kownacki, with a record of 20 wins and a single loss, precisely against Helenius.

Another unbeaten duel will star Jared Anderson, with a record of 9 wins and Vladimir Tereshkin, who has a record of 22 wins and a draw. To complete the heavyweight card, Ukrainian Viktor Vykhryst will face American Mike Marshall.