BJ Flores: “Jake Paul is without question the biggest up & coming star in boxing” 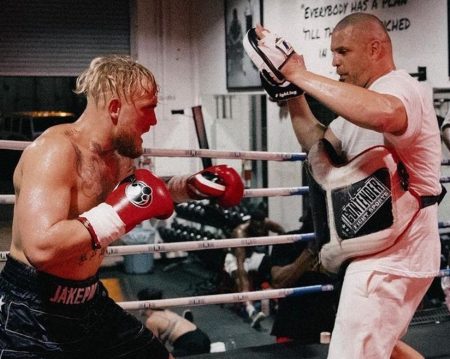 Boxing’s newest superstar Jake Paul (5-0) put an exclamation point on his 2021 campaign with a highlight reel one-punch knockout of Tyron Woodley on December 18th in Tampa, Florida. The YouTube sensation had previously defeated Woodley via split decision in August.

With the win Paul went 3-0 on the year and has knocked out each opponent that he has faced in his young career. Only two of his fights have gone past the second round.

At 24 years old, Paul is already established as one of the top ticket sellers and pay-per-view stars in boxing. His coach BJ Flores is very impressed with the progress his pupil has made during his two years in the sport.

“Jake is a superstar. He has exciting one punch power, speed and has an incredible work ethic. He has that X factor. He is can’t miss entertainment”, said Flores.

“Remember, he is only 5-0. Jake is without question the biggest up and coming star in boxing. He has massive potential. The sky is the limit. We have an excellent team in place. There is much more to come in 2022.”

Paul announced shortly after his most recent fight that he was going to take a short break from the sport and then return in the summer in another massive event.

12-0 Ty Tomlin opponent named for February 5 in Clarksville On this day: Floyd Patterson was born