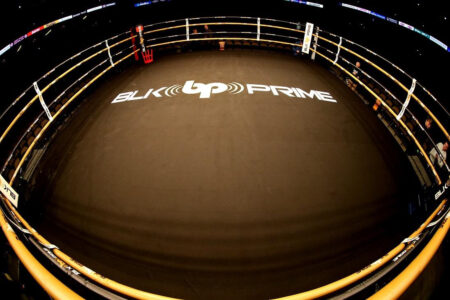 After a productive introduction into the world of Pay-Per-View boxing, BLK Prime, a Silicon Valley-based video-on-demand tech company, is full steam ahead for 2023. BLK Prime’s vision is to produce six major Pay-Per-View events in 2023, showcasing some of the biggest fights in boxing for the fans.

“The plan in 2023 is to make the most compelling fights in boxing,” said Chester Johnson, Vice President of BLK Prime Boxing. “The fans deserve to see the best fighting the best and we will do everything in our power to make that happen. We are open to working with everyone in the sport to bring back the glory days of boxing. Our platform is extremely functional and delivers a high-quality stream. Our cable and satellite pay-per-view distribution agreements with our domestic and international partners are in place for 2023 as well.”

The first event for BLK Prime in 2023 will feature former 4-division world champion Adrien Broner (34-4-1, 24 KOs) vs. Ivan Redkach (23-6-1, 18 KOs) in a highly anticipated welterweight matchup. The scheduled 10-round bout, promoted by Christy Martin Promotions, will take place in Atlanta, GA in February. More information will be announced at a later date.

On December 10, BLK Prime penetrated the core of PPV boxing by showcasing pound-for-pound king, Terence “Bud” Crawford (39-0, 30 KOs), who put his WBO welterweight title on the line against David Avanesyan (29-4-1, 17 KOs). The fight ended in round six with the knockout of the year when Crawford floored Avanesyan with a crushing right hook to the head. In the co-main event, superstar Cris Cyborg won a unanimous decision making her U.S. boxing debut a success, and solidifying a great night of boxing.

Officials at the CHI Health Center in Omaha, Neb, stated tickets sold at the gate for Crawford vs. Avanesyan generated a massive amount of revenue for BLK Prime as it was the highest-attended boxing event where Terence calls home. In addition, global PPV buys exceeded expectations.

“I’m very humbled by everything that’s transpired in our first Pay-Per-View event,” continued Johnson. “Terence Crawford is an incredible fighter and proved he’s worthy to be showcased on the Pay-Per-View stage, as our buys did exceptionally well. Furthermore, we didn’t give away any outstanding complimentary tickets, so our gate did fantastically.”

“2023 will be a big year for BLK Prime,” Johnson concluded. “We plan on implementing some innovative features to our shows that I believe will make our events more entertaining for the fans. I’m looking forward to kicking off the new year with an amazing event”