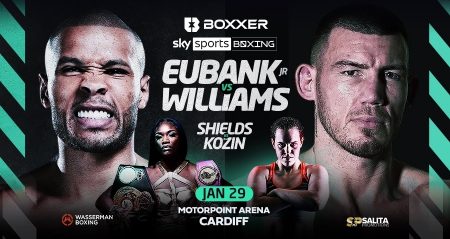 With the recent Omicron CODID-19 variant running wild around the world, and especially in the UK, boxing has been suspended in the UK for the month of January, with February under review.

The bold move was based on freeing up NHS staff to deal with the current struggle with Omicron.

With this is mind, the first major British bout casualty is the rearranged Chris Eubank Jr. vs. Liam Williams January 29th bout that was scheduled for Cardiff, Wales.

The British Boxing Board of Control released the following statement:

“Following advice from the British Boxing Board of Control Medical Panel, Boxing tournaments under the jurisdiction of the BBBofC will be suspended for the month of January,” the Board said in a statement.

“A further review by the Medical Panel and Stewards will take place prior to the planned recommencement of Boxing in February.”