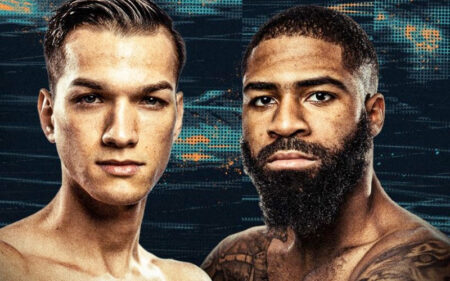 Originally, Figueroa and Fulton were scheduled to fight on Saturday, September 18, before it was postponed due to a positive COVID-19 test from Figueroa.

Opening the broadcast, undefeated rising bantamweight contender Gary Antonio Russell takes on Mexican Alejandro Barrios in a 10-round showdown. The event is promoted by TGB Promotions and previously purchased tickets will be accepted for the rescheduled date.