“By The End of The Second Round I Thought Jeff Was Gassed,” – Jeff Horns Corner 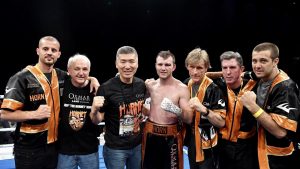 “By the end of the second round I thought Jeff was gassed,” Stephen Edwards told The Sunday Telegraph. “He got by on pure heart from that point.

“From round five onwards there were some robust discussions in our corner about where the fight was heading.

“Jeff had taken a lot of punishment,” Edwards added. “His legs were gone, his power was gone, his speed was gone and he had no petrol left. We were way behind on the scorecards.

“Because I care so much about Jeff I couldn’t allow him to go back out. Jeff’s a warrior and if he’d had something left he’d have told us to let him go on.”

“Hopefully We Can Make a Deal, I think it will Happen” – Joseph Parker (Junior Fa Update) “God Willing I Get My Hands on That Tyson Fury” – Anthony Joshua