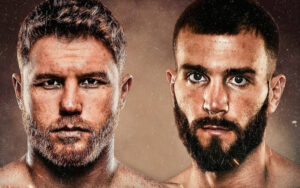 Seems an agreement for him to face the IBF champion, the North American Caleb Plant has taken root, and in the next few days the official announcement will be made.

According to John Sutcliffe, an ESPN journalist, the dateline for Canelo vs. Plant fight will be within the framework of the Mexican Independence celebrations, which will be held on Saturday, September 18 in Las Vegas, Nevada.

The most viable scenario could be the T-Mobile Arena, a multidisciplinary arena inaugurated in 2016 and with a capacity for 20 thousand fans.