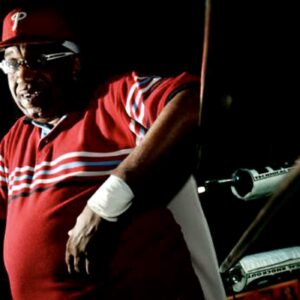 Carlos “Panama” Lewis Dead at 74. Difficult one….do I say rest in peace or not?

He was convicted of tampering with the gloves of Luis Resto in the Resto vs “Irish” Billy Collins fight of 1983, which subsequently led to the end of Collins boxing career due to the damage caused by the ‘tampered’ gloves.

Afterwards, Collins suffered from depression as a result of the early finish of his career. The depression led to heavy drinking and Collins one night went out whilst driving under the influence and subsequently crashed his car. He died as a result.

For the Luis incident, Lewis was jailed and banned for life as a boxing trainer. Upon his prison release, he worked in boxing corners (not as a trainer) and as an advisory roll with clients such as a Zab Judah, the Ibragimov brothers and Mike Tyson at the end of his career.

We don’t know the full extent to his trickery of bending the rules, or should I say cheating. It could be many more fighters that he has waved his magic wand with.

There was also the Aaron Pryor “black bottle” incident against Alexis Arguello. Lewis asked his corner during the fight, for a solution or more than likely, some ‘magic potion’ he had mixed between rounds thirteen and fourteen. Pryor came out in round fourteen like a man possessed with new found energy and overwhelmed Arguello with a sustained barrage that is usually only seen in the early rounds of a fight.

The story is long and very involved and I will do a full article on this at a later date.

So for the moment, R.I.P Panama Lewis? No. R.I.P Billy Collins….yes.