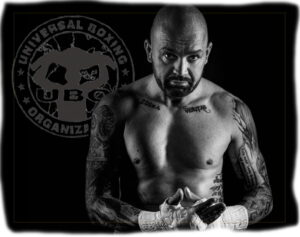 Its been a long time coming, more than a year actually, but Polish-born German veteran Christian Pawlak, 40-8-1 (28), will now finally get his opportunity to become a Universal Boxing Organization™ (UBO) champion.

Due to Covid-19 restrictions several planned dates have been scrapped since the spring of 2020, but its now confirmed that on May 8 in Warendorf, Germany, Pawlak will challenge for the Interim UBO World Light Heavyweight title on a show promoted by Elin Boxing Boxpromotion.

Pawlak, who has won his last nineteen fights and is undefeated since 2015, will take on compatriot Selim Sarialioglu, an opponent who is also entering the fight in good form, coming off six straight knockout victories.

Sarialioglu, 10-9 (10), has had an unusual career, losing his first eight bouts before turning things around completely to win ten of his next eleven outings. If he is able to beat Pawlak on May 8, it will be a fairy-tale story for the ages.

In the semi main event of the card, promoter Elina Tissen will challenge for the vacant World Boxing Federation (WBF) World Featherweight crown.