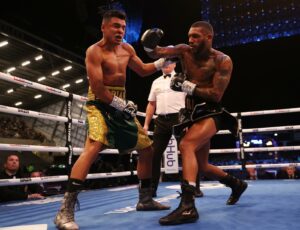 Benn made an aggressive fight in which he was in front at all times with long punches and combinations against Granados, who tried to counterattack the regional champion of the pioneer body.

Benn’s volume of blows was high and he slowly punished Granados with power punches, making it clear who was winning the rounds.

It was a test for the Briton as Granados is an experienced fighter who has faced many elite fighters. The 24-year-old boxer looked superior at all times and showed that he is on the rise to achieve his goal of being a world champion in the future.

The undefeated boxer got his 19th victory, while he has knocked out 12 rivals. Granados, for his part, left his record at 21 wins, 9 losses, 3 draws, and 15 KOs.