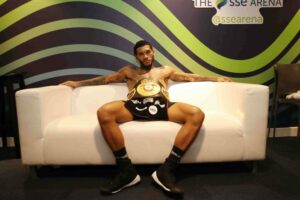 Conor Benn will defend his WBA Continental Welterweight Title against Samuel Vargas on Saturday April 9 at a venue to be confirmed, live on Sky Sports in the UK and on DAZN in the U.S. and more than 200 countries and territories.

‘The Destroyer’ (17-0, 11 KOs) produced a career-best performance last time out as he dominated Germany’s Sebastian Formella over ten rounds to retain his WBA Title for a third time in what was his second headline fight.

The 24-year-old Essex native looked impressive as he outfought and outboxed Germany’s former IBO World Champion to take a unanimous decision on the judge’s scorecards and remain undefeated in the red hot 147lbs division.