Cori Gibbs entered the BOXXER Series Liverpool: Super-Lightweight Tournament as the only undefeated fighter in the line-up.

Three fights and three wins later, he retained that undefeated status and left the ring with an enhanced reputation and a large winner’s cheque after besting Tom Farrell (20-5, 5 KO’s), Lee Appleyard (18-7-1, 5 KO’s) and Sean Dodd (17-6-1, 3 KO’s) in back-to-back fights, live on Sky Sports.

“I was confident going into it but it’s a different feeling to win it. I pulled it off and I’m just happy,” beamed an ecstatic Gibbs – now 16-0, 3 KO’s – after winning the hard-fought tournament final match against Farrell.

Gibbs’ journey started with a quarter-final win over former Commonwealth lightweight champion Dodd. Fighting in his home city, Dodd had the crowd behind him and the career pedigree to make him, on paper, the toughest possible opponent for anyone’s first fight of the tournament.

It was a close fight in which both boxers showed their quality, putting on probably the most technical match of the tournament. Gibbs outfoxed Dodd early but was put in trouble later in the fight but ultimately did enough to get the nod from the judges.

In the semi-final he played matador with Appleyard, avoiding damage from the heavy-handed Yorkshireman while racking up points of his own, before meeting Farrell in the tournament’s grand final for an epic showdown which did justice to both boxers and the sense of occasion.

Gibbs had the better of it early but Farrell came back strongly at the end of the first round. By the second his face was a mask of blood, testament to the warrior spirit which had him battling ferociously until the end.

Both fighters raised their arms in victory when the final bell sounded, but the decision went to the still-undefeated Gibbs.

Prior to the final, Farrell had faced Kane Gardner (12-2, 6 KO’s), who put the pressure on his opponent early and soon opened up some cuts which ran freely in the colour of the Liverpool man’s home city.

Manchester man Gardner led the attack but Farrell scored well with counters and it looked like the judges would be in for another tough decision until Farrell landed a beautiful left cross counter from his southpaw stance in the middle of the third round.

The blow put Gardner down. He easily beat the referee’s count but then had a frantic final minute as he fought moving backwards to clear his head while Farrell went looking for a finish. He didn’t find it, but he did secure a win on the scorecards.

Farrell’s earlier encounter with Ben Fields (10-11, 2 KO’s) in the second quarter-final match of the evening was a classic example of boxer versus brawler. Farrell stayed on the back foot for most of the fight, boxing clever and picking his shots as Fields came forward relentlessly.

With an unorthodox style, what Fields lacks in finesse he makes up for in aggression. Powerful shots were coming at Farrell from all sides throughout the contest, with him finding gaps to land counters in return.

The fight was close – although Fields was perhaps lucky not to be docked a point after frequent warnings for clinching and for punches to the back of the head – but the split-decision in Farrell’s favour was all he needed to send him forward to the semi-finals.

Regional rivals Appleyard and Levi Kinsiona (8-2, 1 KO) had exchanged words in the run-up to their quarter-final match, the two Yorkshire boxers knowing each other well from the sparring circuit in their home county and looking to secure bragging rights for their respective hometowns of Rotherham and Sheffield.

“You will be light work!” Kinsiona told Appleyard at the weigh-ins, in what turned out to be a highly inaccurate prediction.

When Appleyard landed some big shots early in the first round, Kinsiona’s vision of an easy three rounds was shattered. Having entered the ring intent on boxing his way to a clear win and taking minimal damage along the way, he was forced instead to get in the trenches.

Advantage passed back and forth throughout the contest, with one seemingly on the verge of scoring a decisive fight-ending blow only to suddenly eat a huge counter and be forced to defend as his opponent rallied back into control.

After three furious rounds, Appleyard’s success in forcing Kinsionia out of his gameplan were rewarded with a split-decision victory and passage to the semi-finals.

Gardner and Nathan Bennett (9-3, 2 KO’s) set the tone when they entered the ring for the first bout of the evening, the two long-time rivals clicking immediately into top gear and throwing everything with bad intentions.

Bennett pressed forwards in the first round and had Gardner boxing off the back foot for a time, but the Mancunian weathered the early storm and gradually took control of the fight. He had Bennett on the defensive and badly rocked just before the final bell ended the bout. 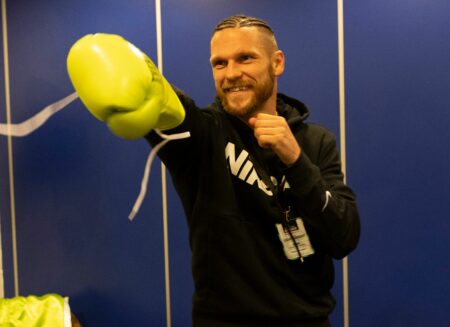 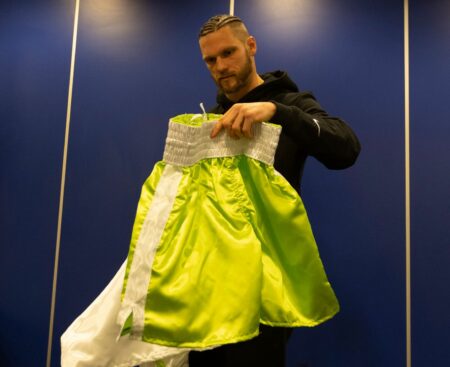 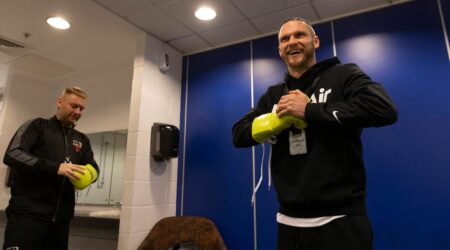 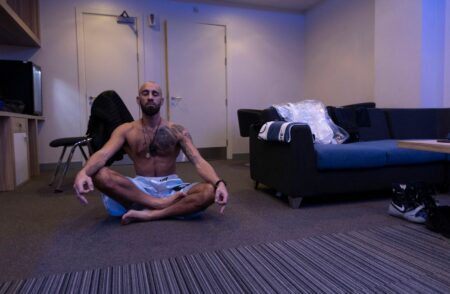 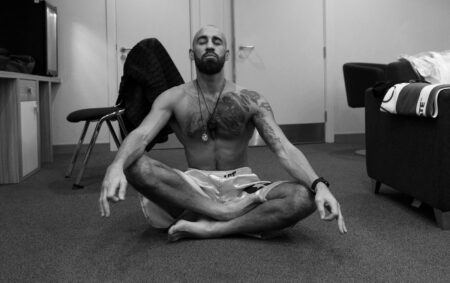 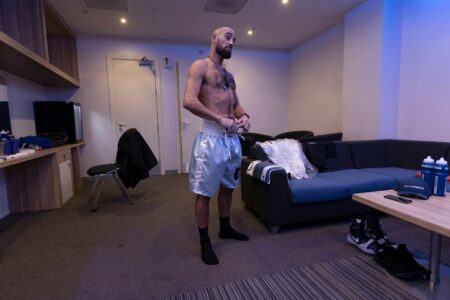 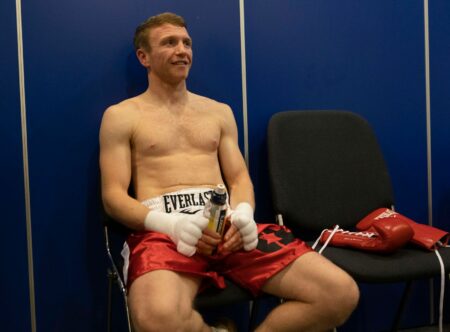 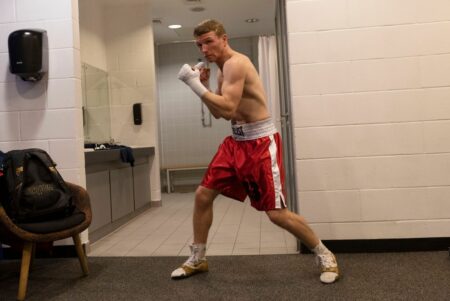 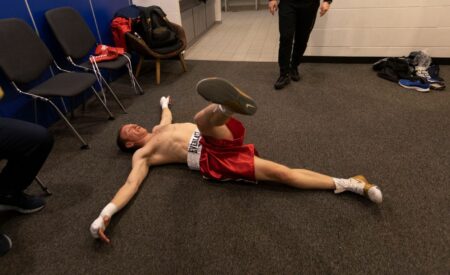 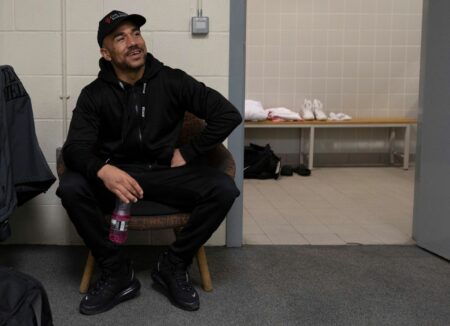 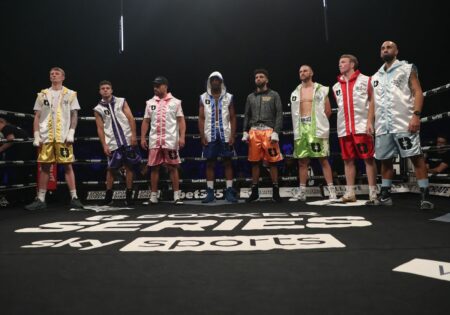 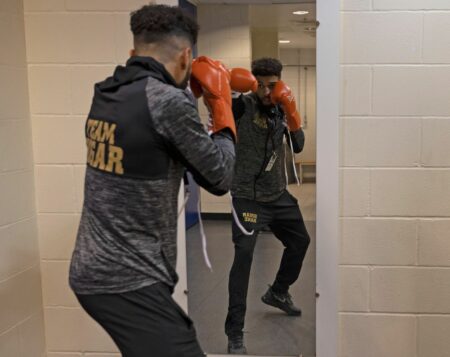 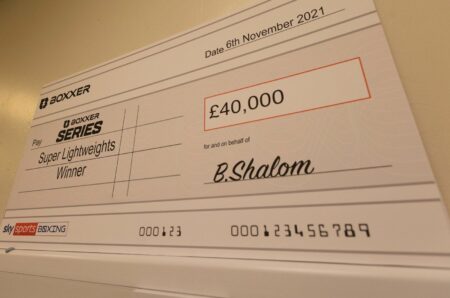 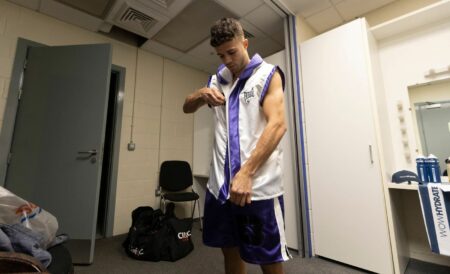 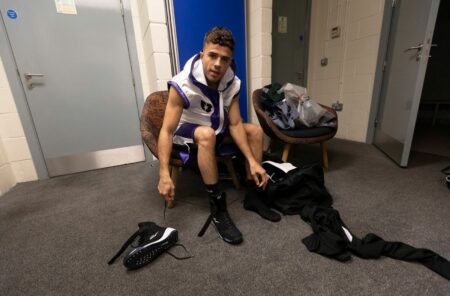 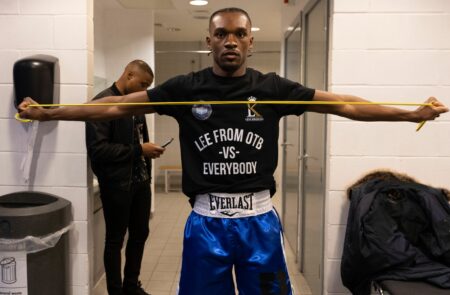 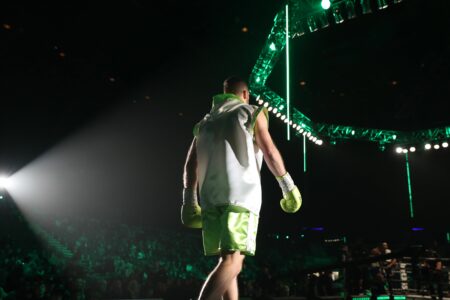 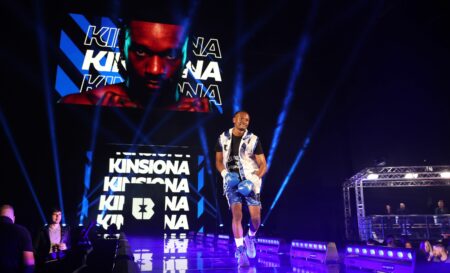 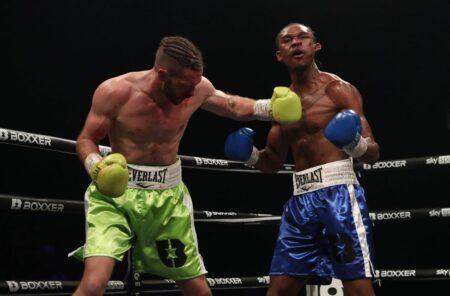 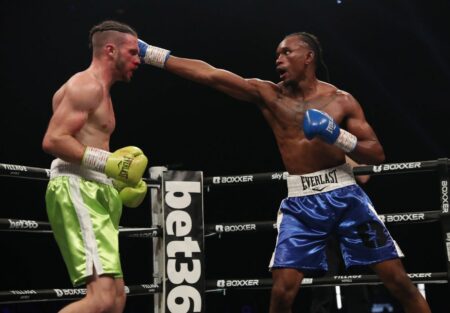 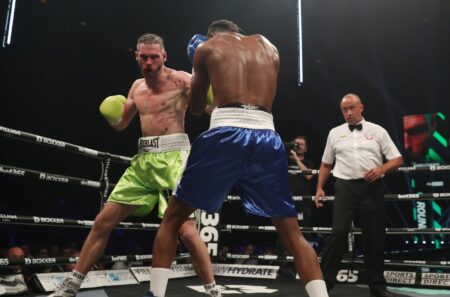 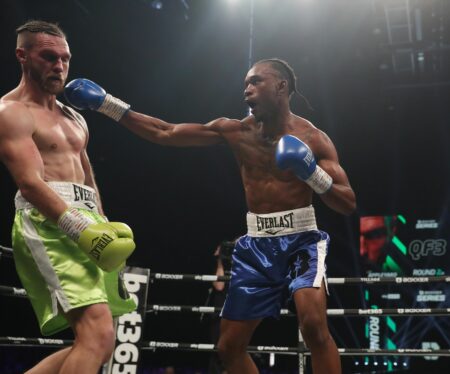 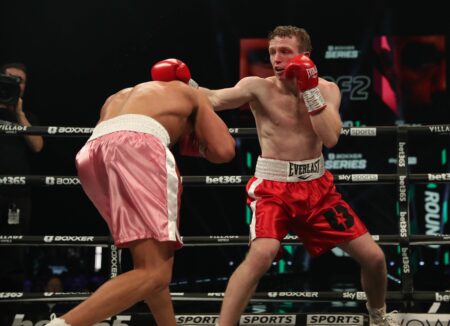 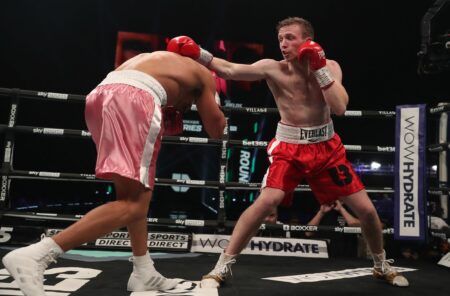