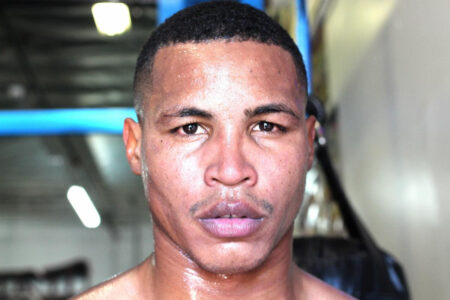 28-year-old Cuban star, undefeated super lightweight Kevin Hayler Brown (1-0, 1 KO), will be back in action this Saturday at the Caribe Royale Resort in Orlando, Florida. Brown, who recently defected from the Cuban National Boxing team earlier this year, will battle Adriano Porfirio Ramirez (12-4, 7 KOs), a rough and rugged warrior from the Dominican Republic.

Brown vs. Ramirez is scheduled for 10-rounds as the Cuban sensation is on the fast track toward a world title shot. Boxlab Promotions will be the promoter of this event.

“I came to America to become the next Cuban boxing sensation,” said Brown, who is managed by Jesse Rodriguez. “I only have one goal on my mind and that’s to destroy every opponent that steps in the ring with me. Ramirez is considered a dangerous opponent for me, but these are the type of opponents I’m looking for. A victory on Saturday will catapult me up the rankings.”

Born in Camaguey, Cuba, Brown is the son of Liuba Brown, a standout martial artist who is very popular in his homeland. Having won numerous amateur titles, Brown is on hyper speed to become a world champion.

“I’m 28-years old, so I’m in my absolute prime, and I’m ready to fight everyone,” continued Brown, who is know for his power. “I know with my amateur pedigree, being one of the best fighters to ever come out of Cuba, I’ll be a world champion if given the opportunity.”

Already making a name for himself in the boxing gyms of Las Vegas, Brown is not your typical Cuban fighter, as he likes to apply smart pressure while throwing a lot of power punches.

“I have a great people around me,” concluded Brown. “I’ve been training in Las Vegas with my head coach Bob Santos, who is one of the best boxing minds in the business. Right now, we have one of the best teams in all of boxing. I’m sparring world champions constantly, which is getting me prepared for the next level. There is no fight hungrier than me and I’m going to prove it.”

“Like Carlos Adames, Alberto Puello, Hector Garcia, who all just became world champions, Kevin Brown is a very special fighter,” stated head trainer Bob Santos. “I’m watching him dominate world class fighters in the gym. His power is insane! Right now, I would put him in with any of the top super lightweights in the world. In just his second pro fight, he’s already jumping into 10-round fights. He’s that good.” 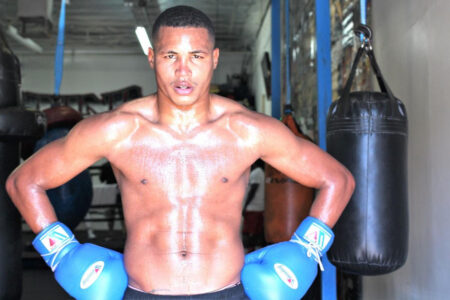 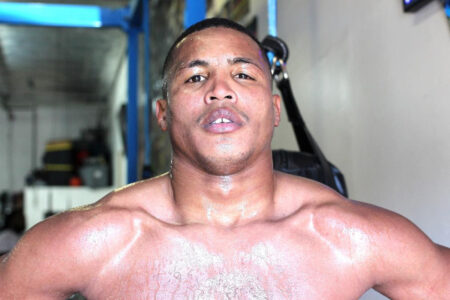