Barajas, who won 27 of 30 amateur matches, takes advantage of his unusual size for a super middleweight, standing 6′ 3″ with an 80″ reach. Sandoval was the Interim WBC Latino super middleweight champion after defeating 24-8 Deivas Casseres (24-8) in 2 ½ years ago by way of a first-round knockout.

De La Torre, who had more than 150 amateur matches, is dropping down from junior lightweight to super bantamweight, assuring undefeated Mexican Jesus “Panterita” Daniel Tamez (6-0, 5 KO’s) a significant size advantage in their 6-round fight. 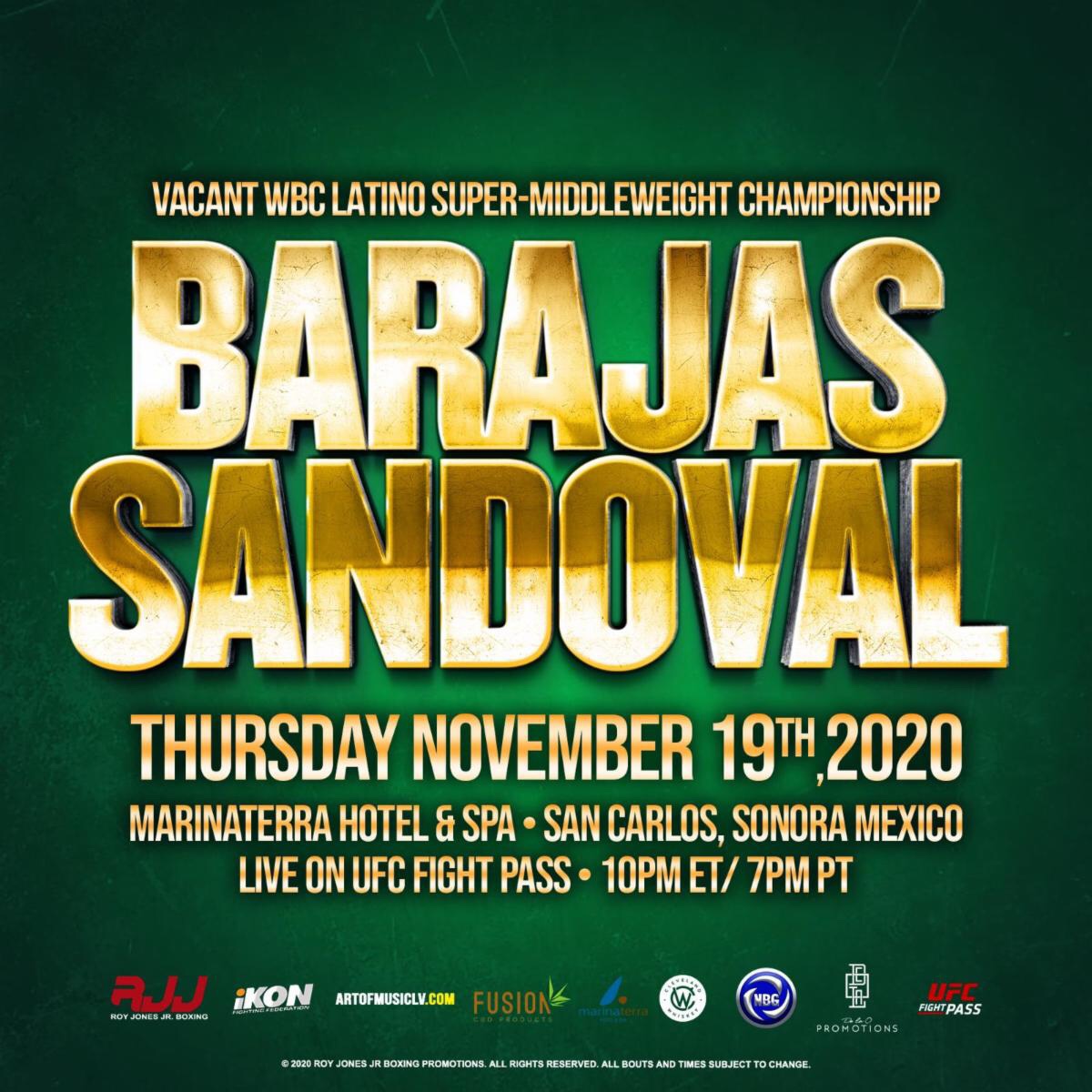