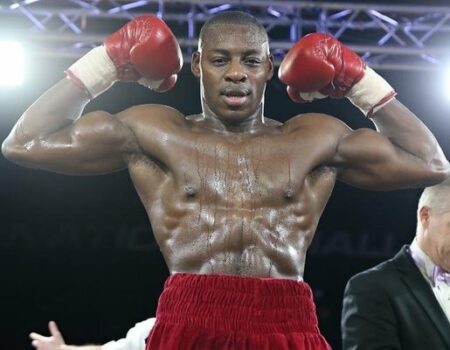 There were fantastic wins for several MTK Global fighters as they returned to action over the weekend.

At the Corn Exchange in Bedford, English light-heavyweight champion Dan Azeez was involved in a six-round non-title bout, going up against Ivo Zednicek.

It was a dominant win for Azeez (14-0, 9 KOs), stopping Zednicek in round two, as he prepares for his upcoming British light-heavyweight title fight against Hosea Burton.

Elsewhere on the card, Mohammed Sameer (3-0, 1 KO) earned the third win of his professional career, defeating Kristaps Zulgis 40-36 on points after four rounds.

Kieran Gething was also in action on Saturday, returning after nearly two years out as he took on Josh Cook. Gething (10-2-2, 2 KOs) claimed the 40-37 points win after four rounds, with the Welsh Area champion competing for the first time since November 2019.