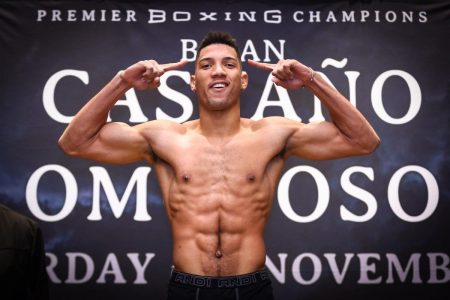 Undefeated WBA super middleweight champion, David Morrell Jr. (6-0, 5 KOs), is ready to let the world know he wants the best fights possible, and as soon as possible. Morrell Jr., from his training camp in Houston, TX, with coach Ronnie Shields, says a fight with David Benavidez is what he seeks most.

“I look at someone like David Benavidez who claims to be avoided, but you never here him mention my name,” said Morrell Jr., who has knocked out five of his six opponents in the pro ranks. “He speaks as though he’s the boogeyman of the division, well fight me and let’s find out. He’s chasing a fight with Canelo, but I know I’ll give him a beatdown that he’ll never forget.”

After a monumental amateur career where he compiled an astonishing record of 130 wins with only 2 losses, Morrell Jr., an international star from Cuba, has looked indestructible in his first six fights as a professional. He’s been on the fast track to a world title and captured the WBA super middleweight world title in only his fifth fight as a pro.

“I’ve seen every style you can possibly think of in the amateurs, so I know how to beat a guy like Benavidez, who likes to come forward and bang,” continued Morrell. “David Benavidez is a great puncher with a lot of heart, and he’s a warrior, I’ll give him that, but he doesn’t have the skills that I possess. I’ll fight David Benavidez anytime, anywhere, but will he fight me, that is the question the fans want to know, myself included. Now the world knows who I want most, let’s see who the real boogeyman is…come to papa David, Boo!”