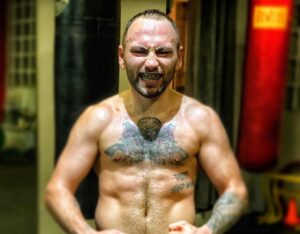 Deniz Ilbay plans on marking his first fight in the UK with a title-winning display when he faces Lewis Crocker on the action-packed March 12th #MTKFightNight.

Ilbay (22-2, 10 KOs) challenges unbeaten Crocker (12-0, 7 KOs) for his WBO European welterweight title at the University of Bolton Stadium next Friday, live in the US on ESPN+ in association with Top Rank, and worldwide on IFL TV.

Germany’s Ilbay has won a number of belts during his career, and also went the distance with former world title challenger Egidijus Kavaliauskas back in 2016, and he’s warned Crocker to expect a fiery encounter.

Ilbay said: “I’m excited to be standing in the ring again and to be able to deliver fireworks. In the past year I have become stronger and improved on a lot of things. I’m so excited to fight in front of such a huge audience, even if they are only behind their TVs.

“We have had a lot of great sparring with fighters of the highest level. I had a lot of fight cancellations in 2020 due to COVID, but I stayed in fight mode because I knew it will pay off one day, and now it has.

“I will be pleased once I’m sitting on the airplane on the way back from the UK to Germany, because that means the fight did happen and I will be the WBO European welterweight champion. Winning that title is all I want right now, that’s my main focus.”

Elsewhere on the huge #MTKFightNight on March 12, Gary Cully squares off with Viktor Kotochigov for the vacant WBO European lightweight title, Isaac Lowe returns, Sahir Iqbal faces Liam Wells, Jordan Reynolds makes his professional debut against Robbie Chapman, Adam Azim is back in action, plus Carl Fail enters the paid ranks for the first time too.