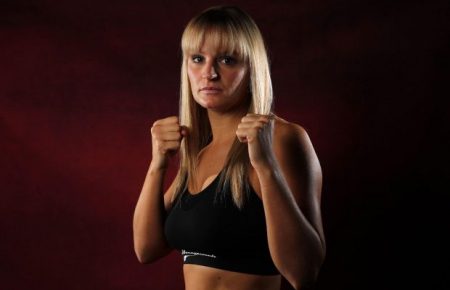 Fight promoter and manager Dennis Hobson has hailed three of his stable’s Southeast prospects as ‘ones to watch’ ahead of a big night of boxing in the capital on Friday March 4 – LIVE on Fightzone.

At the Tower Hotel, Tower Hamlets, in London – Fight Academy will showcase some of the UK’s best young Southern talent and, with Fightzone covering the card, boxing fans now get the opportunity to follow these top prospects at the very beginning of their pro journeys.

Nathan Mizon is known as ‘Mr Excitement’! The 21-year-old super lightweight claimed his first inside-the-distance win in November last year when he blitzed Czech opponent, Jan Prokes, in a round. Now 3-0 (1), the fighter from Tadworth, Surrey, will get another East European opponent in Jakub Laskowski. The Polish fighter should provide a decent test for Nathan at this stage of his career, with 17 bouts under his belt and just two stoppage defeats on his record. In July last year, the 26-year-old also gave boxing legend Ricky Hatton’s son, Campbell, some decent rounds, taking him the four round distance.

Also making a good start to the pro game is Harry Mullins, another fighter with a 3-0 record. The 19-year-old from Bromley was a National Champion as an amateur before turning pro last June. With father, Samm, on corner duties, and guided by experienced manager Sam Kynoch, the light-flyweight has a great team behind him as he looks to make an instant impression in the pro ranks.

Louise Orton (pictured) – who will make her pro debut on the London card – is definitely in the ‘one to watch’ category. The 30-year-old won a host of accolades as an amateur including Southern Counties, Haringey Box Cup, and Three Nations titles, as well as being the England Boxing National Elite Lightweight Champion in 2019. From Kent, Louise learned her trade at Chatham’s well-respected St Mary’s ABC and has amassed 38 amateur contests before deciding to turn pro.

Also appearing on the card are France’s Johanna Wonyou 3-0 and Ismael Francois Milad 7-1-1 (1), and debutants Dee Allen and Alfie Winter.

“I really like Nathan,” said Hobson.  “He has a great following, is exciting and picks his shots well. I believe he’s a potential star and will win something substantial. He’s one of those kids I look at and think ‘if he sticks with us, we’ll win something big together’. He’s marketable and he can fight, so he fits the bill perfectly for us at Fight Academy and on Fightzone. He’s also a really lovely person and I look forward to watching him fight. We’re building a stable from right around the country at Fight Academy; I wanted to have some good fighters from down in the capital, and we’ve got them with the like of Nathan and Harry Mullins.

“Harry is another fighter I’m excited about. I’ve previously managed to get kids down around the lower weights into world titles like Jamie McDonnell and Stuart Hall. He’s still only 19, he has a great attitude already and at that weight I can almost guarantee we’ll win something with him.  As long as he doesn’t get carried away, though I don’t think he has that kind of attitude or personality.  His feet are firmly on the ground and I get on great with his dad, who trains him too.  They’re both grafters and I want to be there to help them win something.

“I also can’t wait to watch Louise’s debut.  Her pedigree speaks for itself and with us, we’ll get her on the world scene very quickly.  She has the potential to go all the way, and that’s something we can do for Louise – it’s a marriage made in heaven! I’m really looking forward to this London show, we’re starting to build a solid foundation down there and its great for boxing fans that it can be watched completely free on Fightzone.”