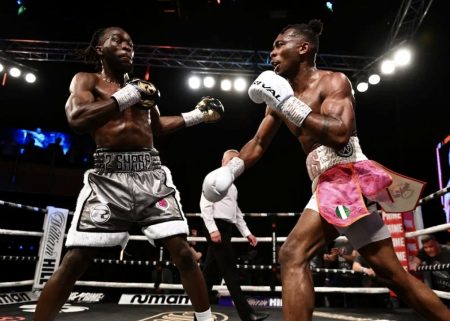 Wasserman Boxing’s launch on Channel 5 produced some moments to live long in the memory, but it is a night to remember for Denzel Bentley. Linus Udofia walked away empty handed on the night, but will be guaranteed to have raised his stock after a closely contested split decision loss.

Elsewhere, Harlem Eubank dispatched Sean ‘Masher’ Dodd in two rounds to continue to stick his name in the headlines. Brad Pauls kept his unbeaten record after an unbelievable fight against Ryan Kelly.

Harlem Eubank wins by stoppage in Round 2

Dan Morley wins by stoppage in Round 4

Parker vs. Ryder aborted due to Parker receiving a hand injury