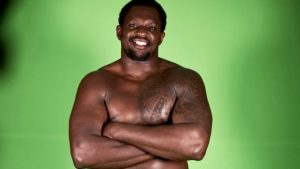 With just one day away, the quotes from Dillian Whyte are coming out at a quick rate:

“When I’m in shape, you’ve got problems, because I can do what I like to do,” Whyte said. “I don’t mind blowing up because I can recover, go again. Whatever he wants to do, I’m cool with it. I don’t like to make predictions. He is very experienced and can look after himself. He’s a tough guy. But listen, if I land early? It is night, night early. But he can do the same as well.

“I’m fighting a consummate professional, so I’m not bothered about Tyson Fury.

“I’m bothered about Povetkin. Povetkin is the most technical fighter I’ve fought. He has beaten a lot of top guys. He’s an Olympic gold medalist. He’s only lost two fights. When the bell goes, it doesn’t matter if there’s 100,000 people there or 100 people. You are zoned in.

“I deal with pressure well. I could have taken an easier fight. These are the fights you need to grow. This guy has seen everything, probably 20 guys like me. … This motivates me. I will have to think more than I normally do. It gives me an extra edge.”

“I’m ready for chaos and violence,” Whyte said. “I am focused on Povetkin. I will try to hurt him from the first bell. It will be war – that’s what he does. The great thing is that we both do similar things. It’s up to me to do things to make the fight in my favor, and I am capable of that. He is more experienced, but I know how to fight, which isn’t something anyone can teach.”