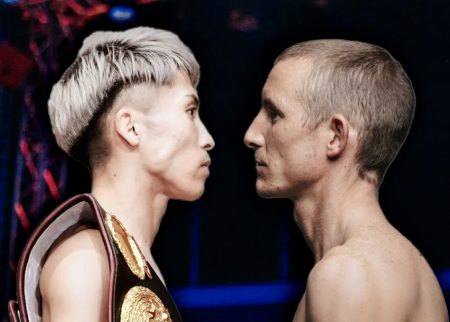 Nonito Donaire has warned Paul Butler he must correct two mistakes if he is going to have any chance of upsetting Naoya Inoue.

Talks are on-going for an undisputed world bantamweight title fight between the UK’s Butler and Japanese hero Inoue before the end of the year.

Donaire was brutally stopped by Inoue inside two rounds, in June, and says Butler – the WBO title holder – must employ the type of tactics he had intended to use and avoid getting drawn into a fight with ‘Monster’.

The Filipino Flash has studied Butler’s win over Jonas Sultan from Probellum Liverpool in April and has some advice for the 33-year-old.

“What Butler has to avoid is reaching and sometimes in the Sultan fight he was reaching,” Donaire told Probellum.com.

“There were also times when he stood still which is very dangerous when you fight Inoue, who has a tremendous body shot.

“It is a very difficult fight for Butler if he stays in there but if he moves around, he is going to make it difficult for Inoue as well.”

Butler’s victory over Sultan in Liverpool saw him win the WBO interim world bantamweight title but the following month he was upgraded to full champion.

And though the 34-2 fighter has been called out by Probellum stable mates, including Sunny Edwards and Lee McGregor, Butler only had eyes for an undisputed showdown with Inoue.

“He is very confident in himself and boxing the way he boxed Sultan, would be the best style for him against Inoue,” Donaire added.

“Using his jab, utilising his speed and lateral movement.

“That was something I had planned to use in the fight with Inoue, but I ended up getting caught up in fighting.  We came into the fight with a game-plan to box and that is something Butler should be able to do because he is used to that type of fighting.

“Detroit Brawl” returns to Michigan this Wednesday – Full details Rances Barthelemy: I feel I gave the fans an exciting fight