Donnie Nietes interview – On Ioka rematch and fighting until 45 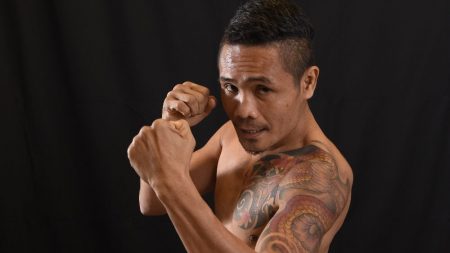 Donnie Nietes says he could still be fighting at the age of 45 as he goes in search of his ‘greatest ever victory’.

The former four-weight world champion bids to reclaim the WBO world junior bantamweight title in Tokyo, Japan on Wednesday night, when he takes in Kazuto Ioka.

Nietes, 40, made his professional debut in 2003 and has built a legendary career but the Filipino hero has no intention of stepping away anytime soon and hopes a WBO title win leads to super flyweight unification contests.

“I think I could box for another three to five years,” Nietes told Probellum.com.

“I don’t have any vices and I am not that abusive to my body, so I believe I can still be fighting for that long.

“As a boxer you need discipline, hard work and to be consistent in your training.”

Nietes and Ioka first met in 2018’s clash for the vacant WBO title, with ‘Ahas’ defeating his Japanese rival via a split decision.

The future Hall of Famer soon vacated the belt but believes that winning it back, on Ioka’s home turf, will ranked as his finest hour.

“I think this win would rank as the greatest victory of my career because the fight is taking place in his hometown,” Nietes added.

“I am really excited for this rematch with Ioka and I plan to use the same tactics as in 2018 because I don’t believe he has changed much since our first fight.”