Dreams can come true: Noel Echevarria one step away from world title! 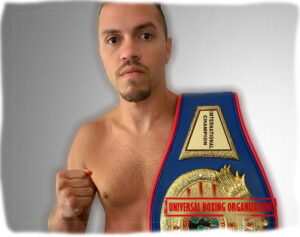 Now he is one step away from realising his dream of becoming a world champion, when he faces former IBF World Champion Rodrigo Guerrero (26-12-2, 12 KOs) for the vacant UBO World Lightweight title on August 14.

The fight will be one of the featured bouts on a massive card at the World Congress Center in Atlanta, Georgia. “Battle of the South 2” will be promoted by EMPreus Promotions.

Puerto Rico-born Echevarria (30) never gave up on his dream, and has won seven of eight bouts since making a comeback in 2018, the loss coming by split decision to the very capable former UBO titlist Manuel Rey Rojas.

He credits not only his faith for the resurrection of his career, but also the fact that he has changed his life-style and surrounded himself with top health experts:

“I am very grateful to be working with many great business and health professionals, who not only focus on ones life-style in fitness, but also on how the body functions.

I am blessed to have such great individuals partner with Team Holy Fire, and it has made me a much better fighter.”

In early June he stopped Mexican Rafael Reyes in two rounds to win the UBO International crown. That win aged well, as Reyes went on to beat undefeated Ignacio Chairez to become ABF champion in his next outing.

But “The Holy Fire” is expected to get his hands full with veteran “Gatito” Guerrero (33), who, despite going through a rough patch himself, is always dangerous and has a wealth of experience from twelve previous championship fights and title-eliminators.

Should Echevarria prevail on August 14, it will be a magnificent success-story and living proof that “Dreams Can Come True”.