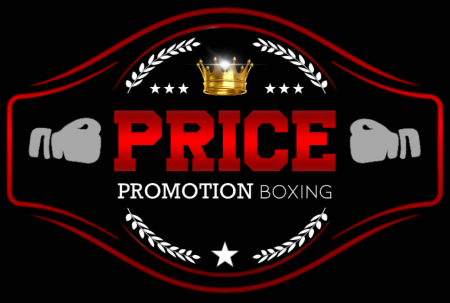 The summer heat sizzles just outside of Philly this Saturday as FloSports FIGHTNIGHT LIVE Powered by Everlast partners with its 25th promoter – David Price and Price Promotions – to showcase bantamweight prospect and former seven-time national amateur champion Dylan “The Real Dyl” Price as he takes on his next challenge in an NBA title contest. Show No. 61 for the fan-friendly streaming platform begins at 7 p.m. live from the Elevations Event Center in Chester, Pa.

“We’re excited to be able to watch budding superstar Dylan Price face his toughest test as he continues to ascend in the bantamweight ranks,” said Mark Fratto, Principal and Director of Business Development, Linacre Media. “And it’s always a pleasure to partner with Everlast and Flo Sports to provide this platform for burgeoning prospects, many of whom will earn their first pro victories on Saturday. Siddique Farooqi and Michael Woods will deliver all of the action ringside, it’s going to be a Midsummer Scorcher.”

As part of FIGHTNIGHT LIVE’s blockbuster multi-event deal with FloSports, the 7 p.m. card will air in its entirety on FloCombat. FIGHTNIGHT LIVE plans to continue to deliver a regular slate of boxing and MMA cards via the subscription-based FloSports platform. Fight fans can witness every explosive knockout and drama-dripped decision from regional rising stars – as well as the 10,000-plus events streamed annually by FloSports via the web, the FloSports mobile app (iOS and Android), or connected TV platforms such as AppleTV, Roku, FireTV, Vizio and others – for as little as $12.50 per month. Fight fans can subscribe with a monthly or annual membership today at https://www.flocombat.com/ to be ready for a full schedule of FIGHTNIGHT LIVE events in 2022.

Additional FIGHTNIGHT LIVE programming – such as event previews, some undercards and highlights – will be available through the FIGHTNIGHT LIVE Facebook channel, which boasts nearly 88,000 fans and almost 100,000 followers, and on the Everlast page which is followed by more than 441,000.

“This card is super exciting because we have Dylan Price and Drew Correll fighting for the vacant NBA Bantamweight title and for our fresh-start fighters, not one of them possesses a loss,” said David Price, ThD, of Price Promotions. “Even though several fighters are debut fighters no one wants their 0 to go, so on Saturday, July 16, we should see some truly determined fighters putting it all on the line.”

Now in its fifth season, FIGHTNIGHT LIVE is the fan-friendly platform that – among other aspects – prides itself on creating a home for rising combat sports stars and regional boxing and MMA promotions. FIGHTNIGHT LIVE has showcased more than 930 fighters and 24 promotions during 60 live event broadcasts from 24 different cities and three countries since May 2017, and in doing so, the platform has generated the loyal interest of fight fans from across the United States and around the globe, including significant audiences in Mexico, the United Kingdom and other parts of Europe, and even fans in South America, Asia and Australia.

Created and produced by Linacre Media out of Annapolis, Md., the FIGHTNIGHT LIVE series features professional announcers, multiple camera angles, television graphics, replays and behind-the-scenes access and interviews. The streamed shows are available globally via FloSports, through web, mobile devices (both iOS and Android) and connected TV solutions, such as Roku, FireTV and AppleTV. The initiative not only enables fans from around the world to tune in, but also gives up-and-coming fighters a global platform to showcase their abilities, gives promoters an accessible “broadcast” solution and gives sponsors the ability to reach a mass audience via branded content.