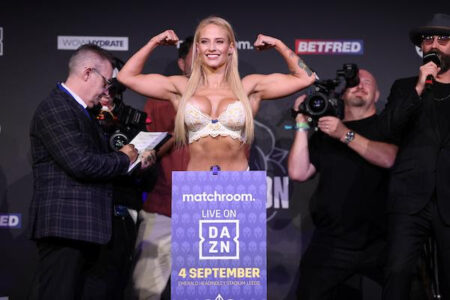 Ebanie “The Blonde Bomber” Bridges will be back in action today when she takes on Mailys Gangloff in a scheduled eight-round bantamweight bout at Headingley Rugby Stadium in Leeds, England.

Bridges, 6-1 with three knockouts, is managed by Split-T Management under Brian Cohen. Bridges will be in the ring just four weeks after her third-round stoppage over Bec Connolly on August 7th in Essex, England.

Bridges, who has taken the boxing world by storm since her heroic effort against WBA Bantamweight champion Shannon Courtenay on April 10th, will look to for another big effort to position herself for another shot at a world title. 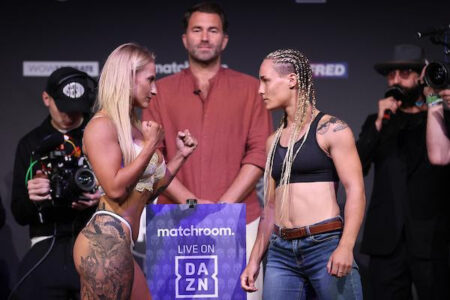 Bridges of New South Wales, Australia has a record of 6-1 with three knockouts, will be making her 4th start of 2021.

Gangloff of France brings in a record of 5-2 with two knockouts and is the current French Bantamweight champion. She won the title with a fourth-round stoppage over Romane Geffray on May 7th. Gangloff also owns a win over Elodie Bouchlaka (4-1-2).