Efe Ajagba vs. Frank Sanchez this Saturday – someone’s ‘0’ has got to go 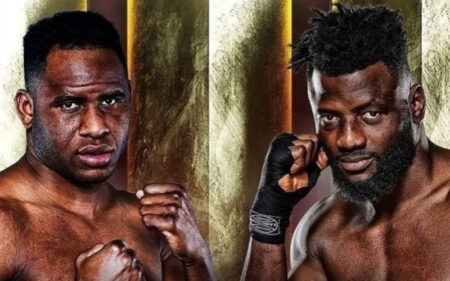 Saturday night at the T-Mobile Arena promises to be a historic. The main event is the third clash between the WBC champion, Tyson Fury, and the challenger and former world champion, Deontay Wilder.

On the undercard there will be a fight that will determine the careers of two heavyweight prospects.

Efe Ajagba who has a record of 15 wins with 12 KOs, is backed by Top Rank and was part of the training camp of the WBC champion, Tyson Fury, as the monarch’s team believed that Ajagba’s power is similar to Wilder´s.

Frank Sánchez, of Cuban origin, has an undefeated record of 18 wins with 13 KOs- He is directed and guided  by  Eddy Reynoso.

It is usual to see him train alongside the former heavyweight world champion, Andy Ruiz, and sparring with the unified super middleweight champion, Saúl “Canelo” Álvarez.

Fighters with similar ages, records and characteristics. With hunger and determination to conquer glory in the division. A zero must depart this weekend.

On this day: The immortal Benny Leonard retired Hannah Rankin vs. Maria Lindberg on November 5- now for two world titles