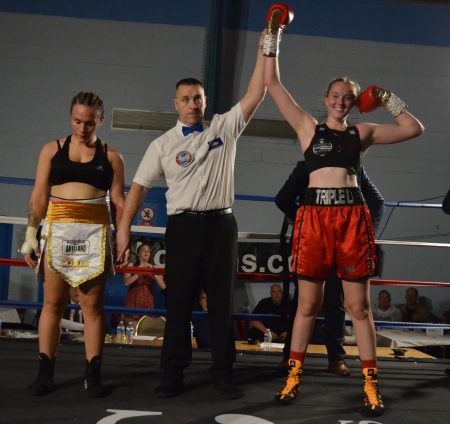 On Saturday night a capacity crowd packed into the Shirebrook Leisure Centre in Mansfield to watch the latest fare from Chris Boyle’s XBox Promotional outfit, that was headed by two World Championship contests.

What a cracking opening stanza, Gomez constantly moving forward letting rip in a concerted effort to control centre ring, which in hindsight may have been the wrong option, as Coulson is a tall rangy fighter with an incredibly long reach who is extremely comfortable boxing on the back foot.

More of the same in round two, Coulson comfortably controlled the proceedings behind her seriously sharp jab, which forced Gomez to take risks in her effort getting on the inside. Around the end of the first minute Gomez attempted to get in close range, she avoided yet another strong jab but as she stepped forward was caught off balance and sent to the canvas.

Early on in round three it was obvious that Gomez had suffered an injury to her right hand, besides mainly throwing lefts she kept shaking the right hand, all of this played firmly in Coulson’s  favour, who just kept using her sensational ringcraft to close of the ring before letting rip.

The gutsy Mexican was clearly in distress but still decided to come out for the fourth, but as in the third Coulson just stepped up the pace and power. Gomez is as tough as they come and still made a fight of it though, including throwing and landing a few big rights, but really struggled to keep the ever mobile, big hitting Coulson at bay.

As soon as Gomez returned to her corner at the end of the round it was clear the hand injury was serious so her corner summoned referee Lee Murtagh and retired Gomez immediately.

Coulson, her team and it appeared the entire assembled highly raucous crowd began celebrating in some style.

Prior to the Coulson-Gomez WBU World Championship fight was another female Championship contest, between Birmingham’s Nicole Goldsmith and Nicaragua’s Jamileth Vallejos for the Jane Couch MBE Super Flyweight Challenge Belt.

What a fight, it was a non-stop war right from the start. Vallejos taking the fight straight to Goldsmith and letting rip with big rights. Goldsmith is a one tough cookie and stood firm and countered whenever she got the chance, but Vallejos’ attack was relentless.

More of the same in the second and third, but in the fourth Goldsmith decided to get back to her game plan and started working of her jab, initially the Brummie seemed to be getting control of the fight, but around a minute and half in Vallejos corralled Goldsmith back on to the ropes and regained control with big lefts and rights.

Vallejos came out hard and fast in fifth and as in the early rounds just kept up a constant onslaught, Goldsmith attempted to get back to her gameplay but Vallejos was relentless. The sixth was a virtual repeat of the fifth. At the end of the round Goldsmith’s coach Pete Leachman summoned referee and retired his charge.

The fourth fight of the night featured former WIBA Featherweight World Champion 18 year old Hollie Towl (8-1-0), who returned to the UK less than two weeks ago, following the unsuccessful defence of her coveted crown against Rebecca Hawker in Brisbane, Australia on the 3rd September.

Towl’s opponent on Saturday night was the seriously tough, unbeaten, Nicaraguan Wendelin Cruz (5-0-1), not exactly the type of tough fight you’d expect so soon after such a gruelling 10 rounder just fourteen days prior.

Anyway let’s get to the fight itself. Cruz went straight on the attack, throwing big shot after big shot, Towl wasn’t fazed by the tactics at all and calmly defended the initial onslaught before turning the tables on the highly aggressive Nicaraguan with some sensational boxing. Towl went on to secure the round, I would say with ease, however it was anything but as Cruz is one seriously tough and talented cookie.

The following rounds were much the same, with Cruz in full on attack mode and Towl calmly and stylishly outboxing her.

The third bout of the night was a 12 round Welterweight contest between Orkney’s Paul Peers (9-5-0) and Ghanaian Samuel Akrogo (9-2-0) for the vacant World Boxing Union (WBU) and Professional Boxing Council (PBC) World Crowns.

Again this was a highly competitive all action affair, well for as long as it lasted, where both fighters showcased their boxing skills to the highly enthusiastic crowd.

The first couple of rounds were seriously closely fought affairs, I suppose the highlights being a big shot from Peers in the first that shook Akrogo to the core and late on in the second a fantastic double handed attack that had Akrogo, with his back against the ropes, dipping and swaying in an attempt to avoid he big shots landing, but in all honesty the rounds in their entirety were the true highlights, they were simply fantastic.

More of the same in the third, then around the one minute mark Peers floors Akrogo with a sensational left hook. Akrogo valiantly made it to his feet, but it was clear he was in no fit state to continue, his legs were well and truly gone, leaving referee Lee Murtagh no option but to waive the contest off on the one minute and ten seconds mark.

Second bout of the night pitted Northampton’s JMP (James Paintin) against Colchester’s Calvin Carruthers in a four round Middleweight contest.

What a fight, it was non-stop closely fought action from opening to final bell. Fantastic performances from both fighters and referee Lee Murtagh’s scorecard showed just how closely fought the contest was, as the final result was 38-39 in favour of Calvin Carruthers.

Right from the opening bell the much bigger and heavier Kilpatrick took the fight to Berzins, the local lad wasn’t fazed and showed his mettle, even as Kilpatrick’s huge bombs were raining down, the youngster kept his cool, relied on his exceptional ringcraft and boxed supremely to secure the win by a 40-36 points margin.

Congratulations to Chris Boyle, his team and all the fighters that took part, what a night of fights, any one of them was worthy of the ticket price alone, to get six exceptional, closely matched, all action fights on a card was just a massive added bonus, roll on Boyle’s Pro Boxing’s next event, I can’t wait.

For those that were not in attendance, video of the entire event is available at: 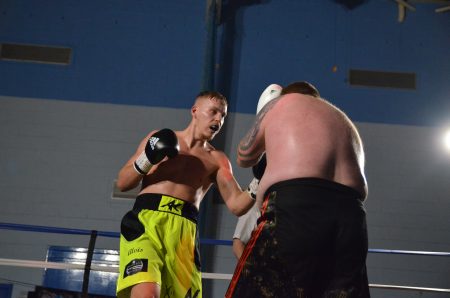 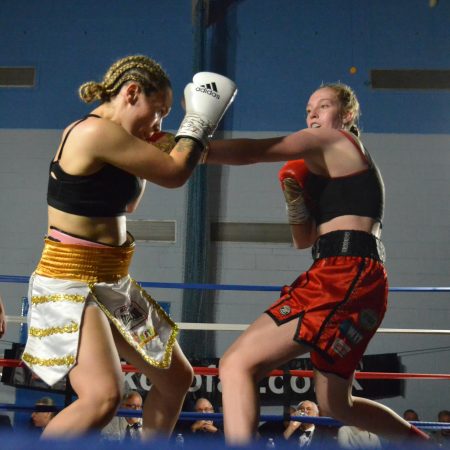 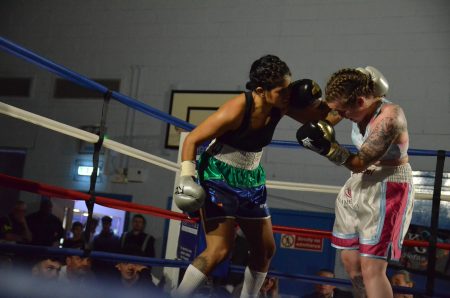 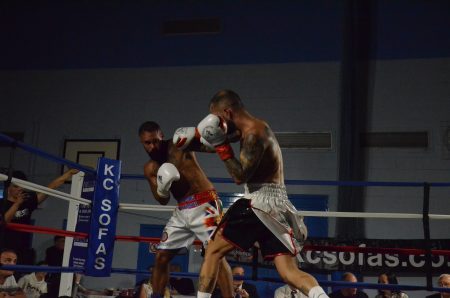 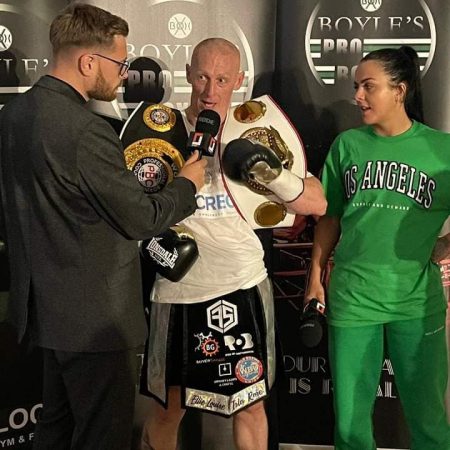 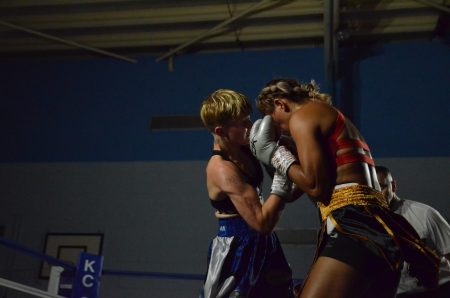