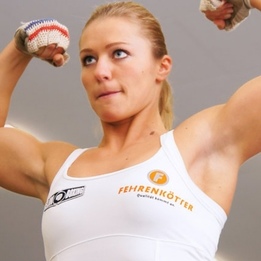 On May 8 in Warendorf, Germany, former three-division world champion Elina Tissen will attempt to capture the vacant World Boxing Federation (WBF) Women’s World Featherweight title when she square off with Kenyan Everline Odero.

34-year-old Russian-born Tissen turned pro in 2006, and has not lost a fight since 2008. She will be a healthy favorite going into her clash with Odero, who is experienced and has faced some of the best in the world but come up short.

Odero, 10-9-2 (2), has one previous world title attempt on her record, losing a decision to another German, Jennifer Retzke, back in 2016. She has never been stopped, and in her last five outings only 37-1 Belgian Delfine Persoon has beaten her.

The Tissen vs. Odero WBF World Featherweight title fight will be promoted by Elin Boxing, with no spectators allowed due to Covid-19 restrictions.

5 de Mayo and World Boxing Billy Joe Saunders: This is About Boxing Brains