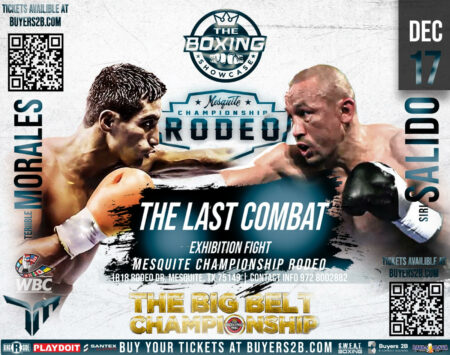 Former four division world champions, Eric “Terrible” Morales and Orlando “Siri” Salido will face off on December 17 at the Rodeo Arena in Mesquite, Texas, in a charity exhibition match.

Part of the proceeds will be used to support amateur boxing and to continue carrying out boxing week, which aims to support women against domestic violence and children against bullying.

The promoter The Boxing Showcase will bring this exhibition bout to Texas turf to the delight of boxing fans and will serve as the framework for the second Semi-final of the national tournament The Big Belt Championship.
Erik “Terrible” Morales was the first Mexican boxer to win world championships in four divisions: super bantamweight, featherweight, super featherweight and super lightweight.