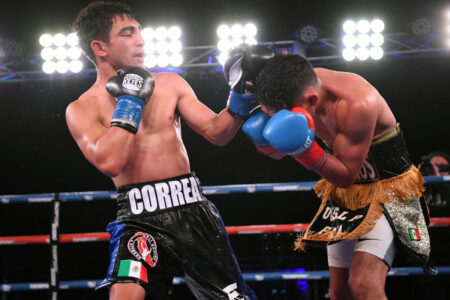 In the early rounds, Saavedra had his best moments as he was landing his overhand right on multiple occasions. Correa started to make his adjustments in the middle rounds when he started to use his lateral movement. Correa landed some power shots of his own and closed out the show with his superior boxing skills. Scorecards read 99-91, 96-94, and 97-93 all in favor for Eros Correa.

“Saavedra was a tough opponent and I’m glad I got to go some rounds with him,” said Correa, who is looking to climb the WBA rankings with the victory. “I started off slow but was in great shape and closed out the fight with some dominating rounds. Fighting in front of my Northern California fans was special, and I want to thank Thompson Boxing for giving me the main event slot. I’m hoping to land a big fight in 2023, so I’ll be right back in the gym waiting for the call.”

In the bout number four, cruiserweight Suray Muhmutovic (6-0-1, 6 KOs), of San Francisco, CA, kept his unbeaten record intact when he knocked out Cody Kerr (2-2, 1 KO) of Spearfish, ND.  The bout was stopped at the 2:37 mark of round three after Muhmutovic landed a straight left hand from the southpaw stance that knocked out Kerr’s three front teeth. Muhmutovic was dominating the fight before the stoppage.

In bout number three, lightweight prospect Cain Sandoval (7-0, 7 KOs), of Sacramento, CA, remained undefeated by knocking out Edgar Ramirez (18-23-1, 14 KOs) of Sonora, MX. After Sandoval punished Ramirez for one full round, the fight was stopped. The bout was ruled a knockout by California commission rules when Ramirez couldn’t continue due to a medial issue.

In bout number two, Julian Bridges (1-0, 1 KO) from Antioch, CA, scored a first-round knockout over Allen Medina (0-1) of Fresno, CA. Both fighters were making their pro debuts in a scheduled 4-round welterweight bout. Bridges landed a powerful right hand that sent Medina to the canvas in the first minuet of the contest. Median got up and was dropped again when Bridges landed two more right hooks to the head.  The bout was stopped at the 1:00 mark of round one.

In the opening bout of the evening, middleweight Rowdy Montgomery (8-4-1, 6 KOs) of Victorville CA, scored a third round TKO over Rick Graham (9-28-4, 4 KOs), of Houston, TX. Montgomery applied pressure from the opening bell and stopped Graham at the 1:13 of the third round. 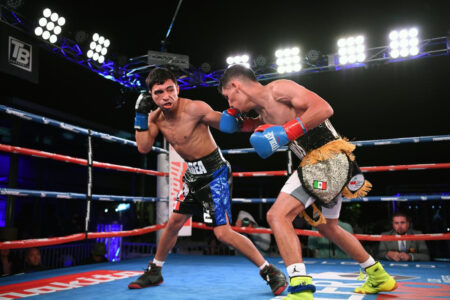 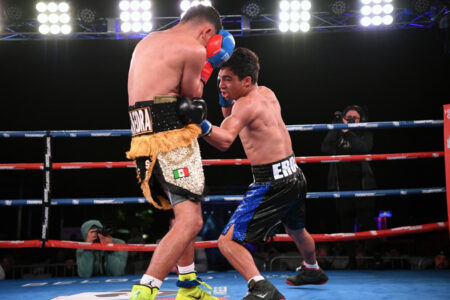 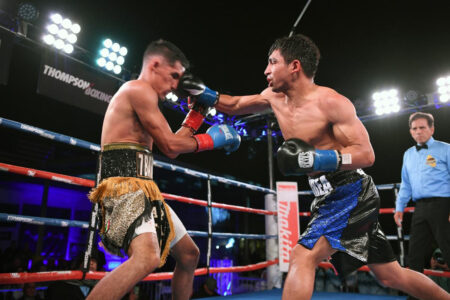 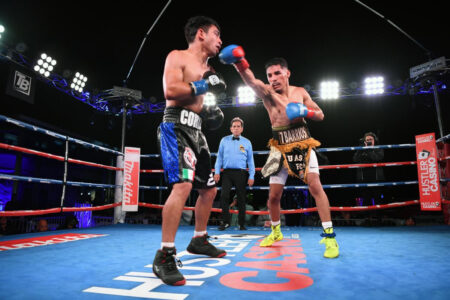 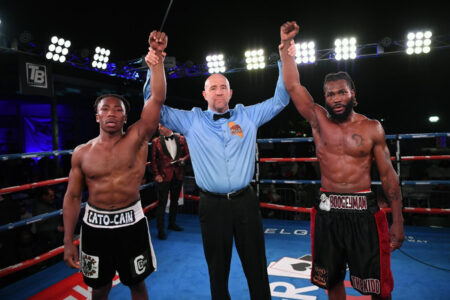 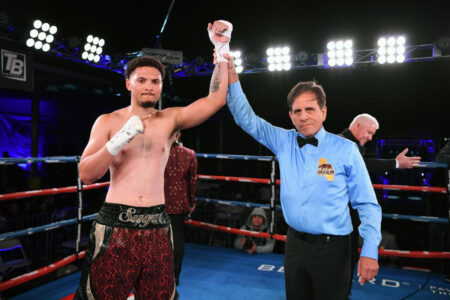 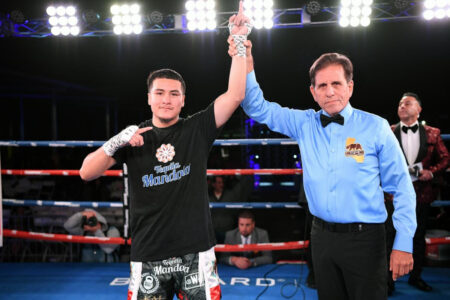 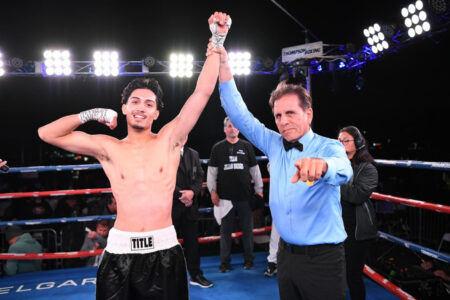 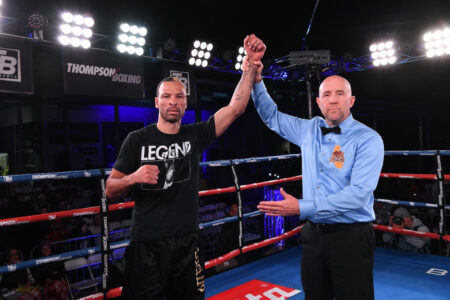 Natasha Jonas vs. Marie-Eve Dicaire in Manchester this Saturday Shinard Bunch to face Henry Lundy in Newton Township on Dec. 9