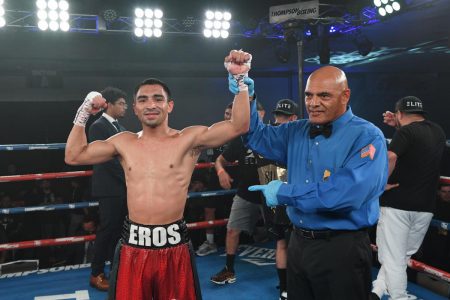 In a fight that boxing writers and fight fans raved about how competitive and close it was, we saw Correa control the second half of the fight with lateral movement, fast hands, as he dictated the terms of the fight with a good jab. Sanchez fought valiantly as nearly every round started with Sanchez putting pressure on Correa, but Sanchez couldn’t keep Correa on the ropes for long periods of time and struggled to cut off the ring. With the win, Correa now enters the world title picture in one of the most exciting divisions in the sport of boxing. Scorecards read 98-92, 97-93 for Correa and 94-96 for Sanchez.

“I fought the fight of my life,” said Correa, who rebounded from his first career loss in the later part of 2021. “I’ve been telling everyone that I’m at my best fighting at 118 pounds. I want to thank Sanchez for giving me a chance to face him, this was a great fight, and I’m happy that I got the victory. I have worked my whole life for this moment, and now I am one step closer to fighting for a regional title. I also want to thank my team for believing in me, and Thompson Boxing for giving me this opportunity.”

Lopez shined in front of his hometown crowd as Bogle lost a point in the fourth round after pulling down on Lopez’s neck. Although Bogle had what looked like to be better boxing ability, he couldn’t handle the relentlessness attack that Lopez was bringing. Scorecards read 59-54, 60-53, and 60-53, all for Lopez.

“I had to look good in front of my hometown crowd,” said Lopez with a smile. “I kept the pressure coming and he didn’t know how to adapt to my style. I had to make an adjustment after the first round. After that I was in full control. I’m ready to take on any of the top contenders in the division.”

In a four-round bout, super lightweight Pedro Valencia (10-0, 7 KOs) showed improvement from his last fight as he outlasted Mario Aguire (3-17-1, 2 KOs), winning a unanimous decision. The scorecards read 40-36 in favor of Valencia by all three judges.

“I am glad I could show different things that I have been working on in the gym,” said Valencia. “I am satisfied with my win, but I still know I need to get better. I was hoping to get the stoppage, but I fought a very tough veteran, who was not going to go away.”

In the second bout of the night, middleweight Nelson “Knuckles” Oliva (3-0, 2 KOs) stopped Antonio Duarte (2-4, 3 KOs) with a brutal body shot in the opening round of a scheduled six-round bout. The referee counted out Duarte at 0:55 mark of the first round.

“I keep getting better and better,” said Oliva, who recorded the fastest knockout of his career. “Duarte was regarded as a tough guy who would take me rounds, and I showed the world how hard I hit. I believe that no one is as strong as me in my division.”

In the opening bout, welterweight prospect Anthony Saldivar Jr (1-0, 1 KO) had a successful pro debut stopping Genesis “G” Wynn (1-2) at the 2:08 mark of the first round of a scheduled four-round contest. A series of punches in quick succession saw Wynn hit the canvas and get counted out.

“It was as good of a pro debut as I could have hoped for,” said Saldivar Jr. “I stayed patient and waited for my shot, when my opponent was hurt, I jumped on him and got him out of there. I knew I had a chance to stop him, and I wanted to make a statement in my pro debut in front of all my friends.” 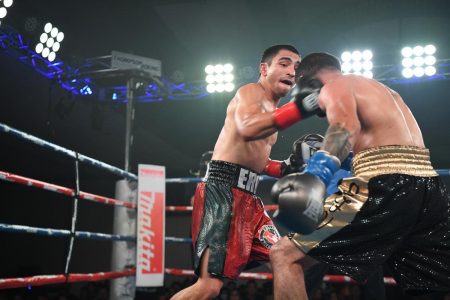 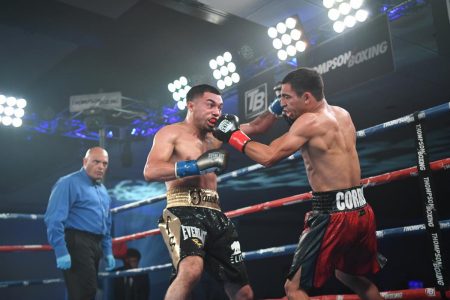 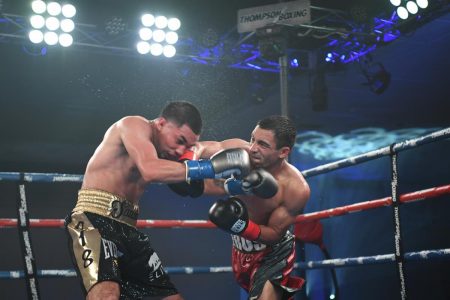 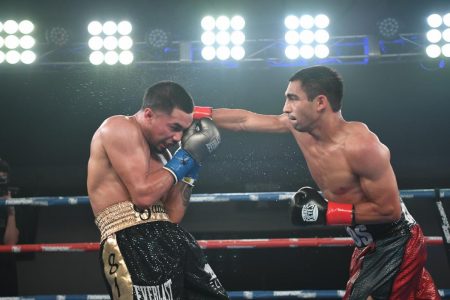 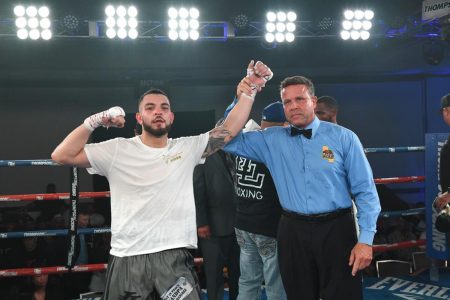 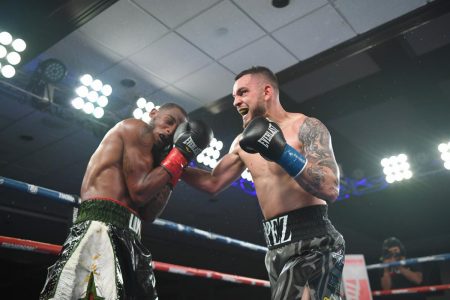 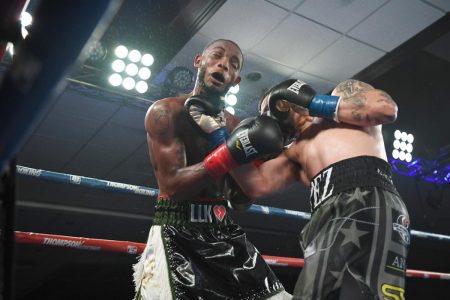 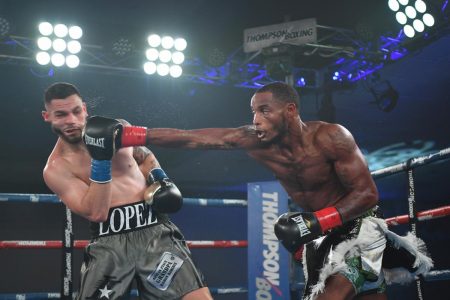 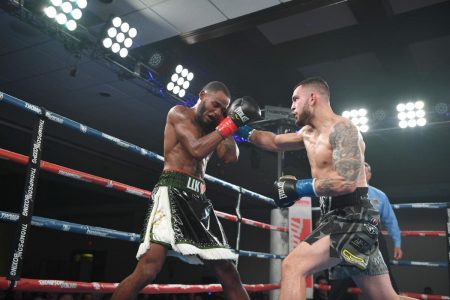 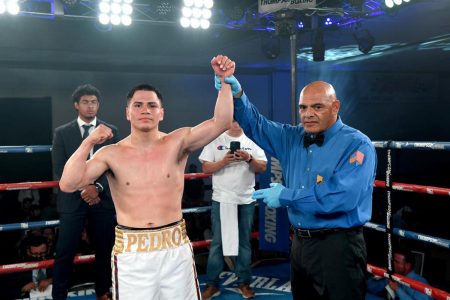 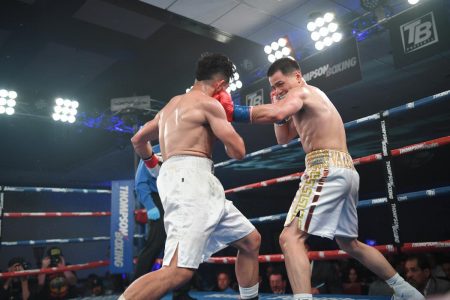 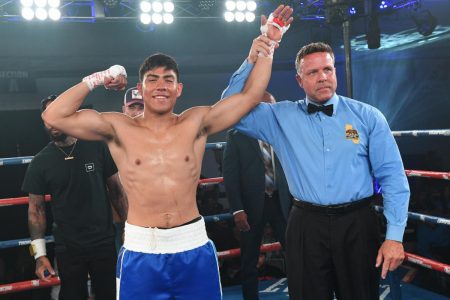 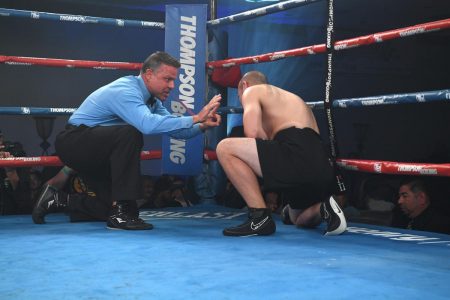 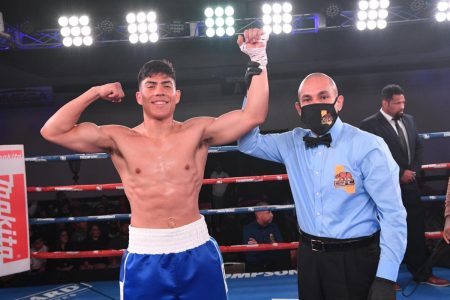 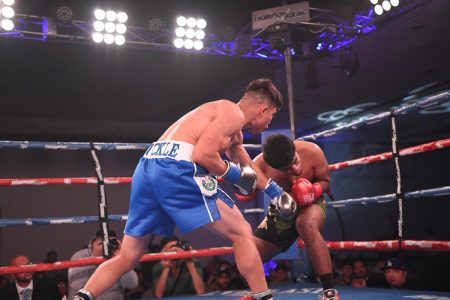 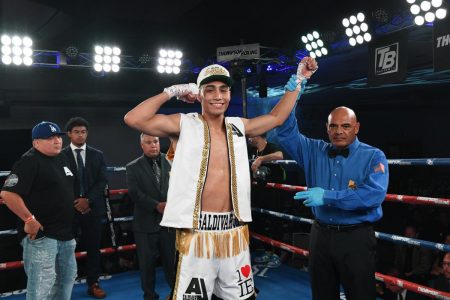 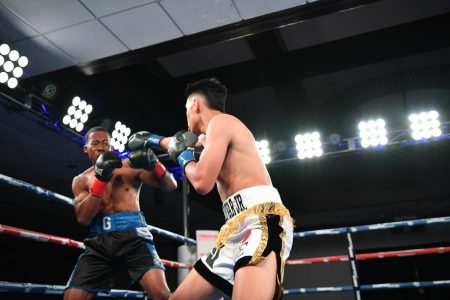 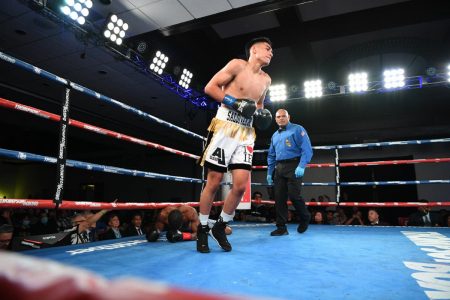