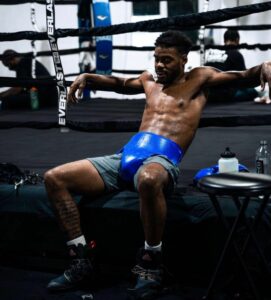 Spence, the undefeated WBC champion, is considered one of the best pound-for-pound fighters in the world and will look to affirm this, against legendary former eight-division champion Manny Pacquiao.

“A win over Pacquiao will show everyone why I am one of the best fighters in the world and the finest fighter at 147 pounds. Pacquiao has been able to stay among the best for many years. That is why we have been doing meticulous preparation, I have trained exceptionally hard. I think Pacquiao will definitely retire after this fight,” Spence said in an interview with Showtime’s Brian Custer.

Errol has been a top welterweight champion for some time, since his sensational 11th round knockout victory over Kell Brook in May 2017 in Sheffield, England. Five successful defenses followed, including his thrilling twelve-round split decision victory over Shawn Porter (31-3-1, 17KOs) to unify the WBC and IBF titles in September 2019 at the Staples Center in Los Angeles.