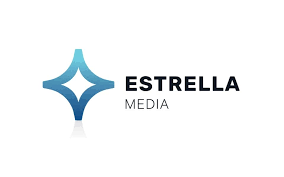 Estrella Media has renewed its monthly boxing series, Boxeo EstrellaTV, for 2022 with Producciones Deportivas. Fights are scheduled to take place on the last Friday of each month in 2022 at 10 p.m. ET/7 p.m. PT, live from Mexico City.

Boxeo EstrellaTV is a monthly boxing fight night on Estrella Media’s U.S. broadcast and multiplatform network EstrellaTV. Featuring the best in Mexican and Latin American boxing, it can be viewed on the EstrellaTV network, carried by most cable and satellite providers and digital streaming platforms, and streamed everywhere on the EstrellaTV app for Android and Apple iOS devices. The series is produced by Producciones Deportivas and directed by Ricardo Maldonado Jr.

“We’re excited to continue with boxing on our network and showcase some of the best fighters from Mexico and Latin America to the EstrellaTV audience,” said Ivan Stoilkovich, EVP, TV Content, Estrella Media. “Boxing is one of the most beloved sports in the Latino community, and Producciones Deportivas’ thirty years in the sport allows us to continue to bring the most exciting fights to the network.”

“We’re very happy to continue our relationship with EstrellaTV, and its important U.S. Spanish-language audience,” said Ricardo Maldonado Jr, owner, Producciones Deportivas, about the renewed partnership. “We are bringing the best fights from Mexico City that will feature the top fighters from Mexico and other Latin American countries. We want to create the best shows for boxing fans, showcasing the rich history of Mexican boxing. I am excited to bring the champions and the future of the sport to EstrellaTV.”