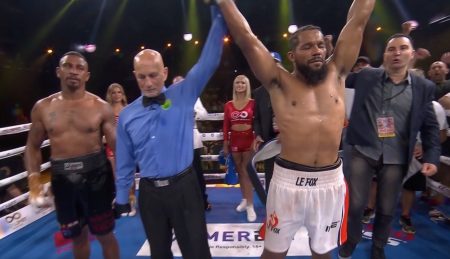 The French-born Australian proudly defended his title for the first time  in a 10-round bout in which he dominated the ring and worked very well during the course of the bout.

Chevalier, 35, has 13 wins in a row and returned in 2021 to boxing after a retirement that lasted five years since 2016. In his return he faced Blake Caparello, who was the Oceania champion and number 3 in the WBA ranking, and defeated him by unanimous decision in a good performance.

Now, with this new victory he has proven to be in shape and is looking for better opportunities in a division that has a lot of talent. Chevalier now has a record of 13 wins, 1 loss and 7 knockouts, while Quinlan dropped his record to 13 wins, 9 losses and 8 knockouts.