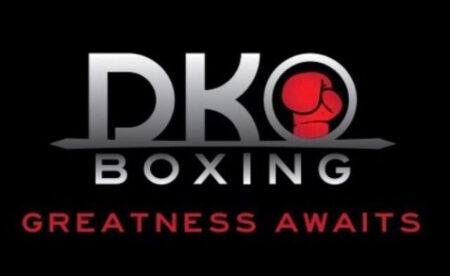 Five fighters from the DKO Management stable all came out victorious with four knockouts in Newark, New Jersey and a unanimous decision in Manchester, New Hampshire.

Figueroa stopped Arsenio Hall at 39 seconds of round two. Figueroa dropped Hall twice in the opening round, and dropped Hall for a third and the fight was stopped.

Figueroa of New Haven, Connecticut is now 9-0 with six knockouts. Hall was stopped for the first time and is now 3-5.

Foster moved to 13-0 with nine knockouts by taking out Pedro Hernandez in the opening round. Foster scored one knockdown, and the New Haven native will look for a high profile fight in the beginning of 2022.

Torres dropped Rosekie Cristobal three times in his 2nd round stoppage to improve to 9-1 with five knockouts. Cristobal falls to 15-6.

Parrilla went to 2-0 with two knockouts as he needed just 45 seconds to take out Dakota Laster.

Figueroa, Foster, Torres and Parrilla are co-managed by Marilyn Rosa, trained by Luis Rosa and are promoted by KO Night Boxing.

At the SNHU Arena in Manchester, New Hampshire, Nelson Perez remained undefeated with a four-round unanimous decision over Raymundo Rios in a junior welterweight bout.

Andrew Maloney training camp quotes ahead of December 9 in Australia Michael Jennings: Jeffers is twice as good as me!